Home All The News Balotelli hits back at ‘wonderful hater’ Carragher 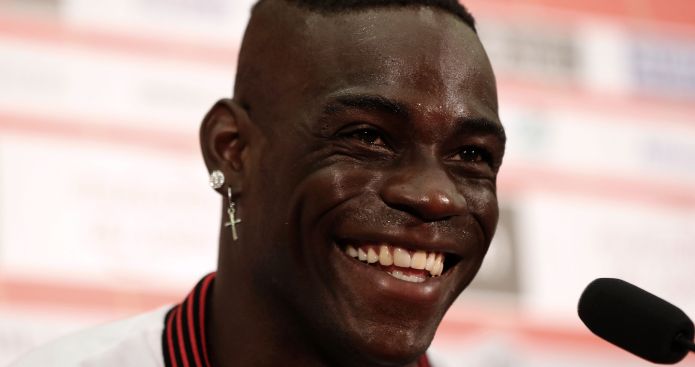 The Italy international, who spent last season on loan at AC Milan, completed his free transfer to Ligue 1 side Nice on deadline day.

Carragher couldn’t resist a dig after the 26-year-old left the Reds, tweeting: “Balotelli on a free is still paying over the odds by Nice.”

Balotelli on a free is still paying over the odds by Nice.

Not one to hide from confrontation, ‘Super Mario’ replied on social media: “Jamie Carragher, bad player, wonderful hater, who cares?”

Balotelli only scored one Premier League goal for Liverpool and Carragher (speaking in March) rated the striker as the joint-worst signing the club has ever made alongside Alberto Aquilani and El Hadji Diouf.

“El Hadji Diouf has got to be up there as one of Liverpool’s worst signings,” Carragher told the Daily Mail. “Alberto Aquilani would have to be up there as well. We spent a lot of money on him. He was signed injured, he left injured and I can’t remember him not being injured.

“I can’t believe we signed Mario Balotelli! The thing with Balotelli is everyone always says it’s the off-the-field antics, but I wouldn’t care if he was doing it on the pitch.

“People tell me he’s got talent but I can’t remember him having a good game. I’m praying with all the money in the Chinese Super League that someone is going to buy him after his loan. I don’t think anyone in the Premier League will take him. He has to be No. 1 with Aquilani and Diouf.”