Home All The News Premier League chief: No away fans without COVID certification system 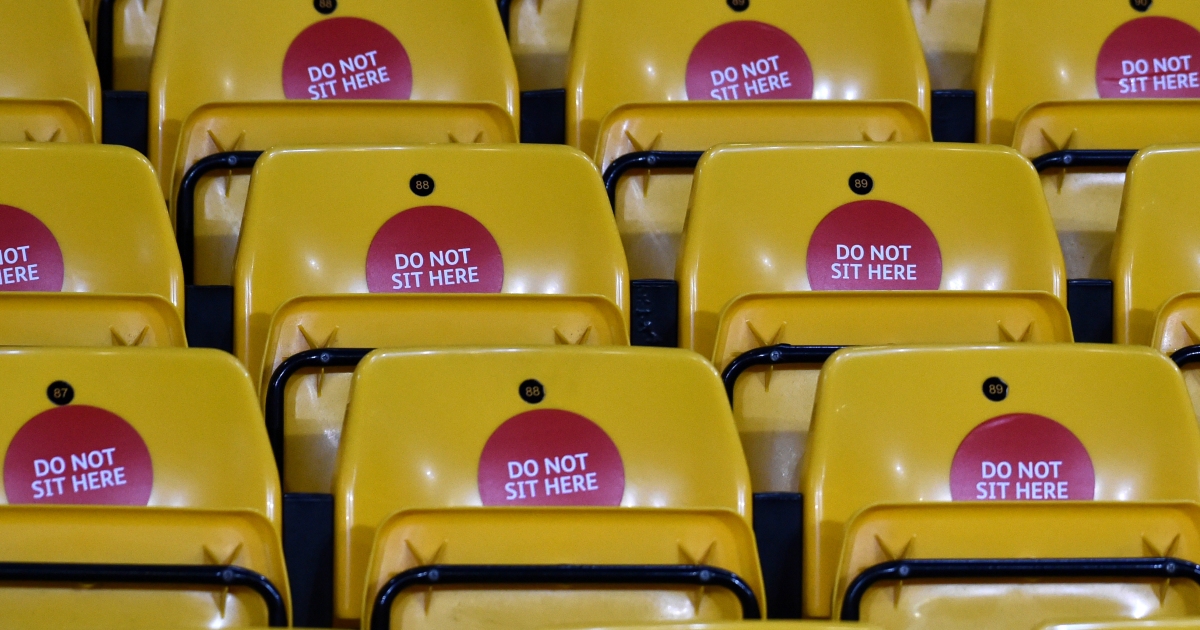 Restrictions on travel, away fans banned and tiny crowds – that is the stark outlook for football without a temporary COVID certification system, a Premier League chief has warned.

The English top flight was one of 10 sports bodies who wrote a letter to the Prime Minister and other senior politicians on Thursday endorsing the use of certification as a means to relax social distancing measures at sporting events and therefore boost attendances to financially viable levels.

The idea of asking for proof of either vaccination, a recent negative test or antibody immunity from COVID-19 has been criticised by some MPs from across the political divide as being an infringement on civil liberties.

“So to end those restrictions of freedom, we believe that something like this is an acceptable burden to give fans the freedom to attend.”

The Government is hoping to be in a position to lift all restrictions around mass gatherings from June 21, and it is hoped that the piloting of a COVID certification system at test events between now and then will show that it is possible to safely increase crowds back to sustainable levels.

Bush stressed that such a system would be “burdensome” to implement and added: “We want fans back unrestricted as soon as possible, but only if it’s safe.

“But if that’s not available, and the science and medicine says to keep people safe we need to know the level of infection in the crowd has been reduced as much as humanly possible, then this is the kind of system that we need.”

The letter, which was also signed by the EFL, FA and SPFL, said the system “must not be discriminatory, should protect privacy, and have clear exit criteria”.

A Government spokesman said: “We welcome the constructive approach from major British sports as we explore how testing COVID certification and other steps can help get more fans back into stadiums and other large events safely.

“We want as many fans as possible to be able to enjoy a great British summer of sport, safely.”