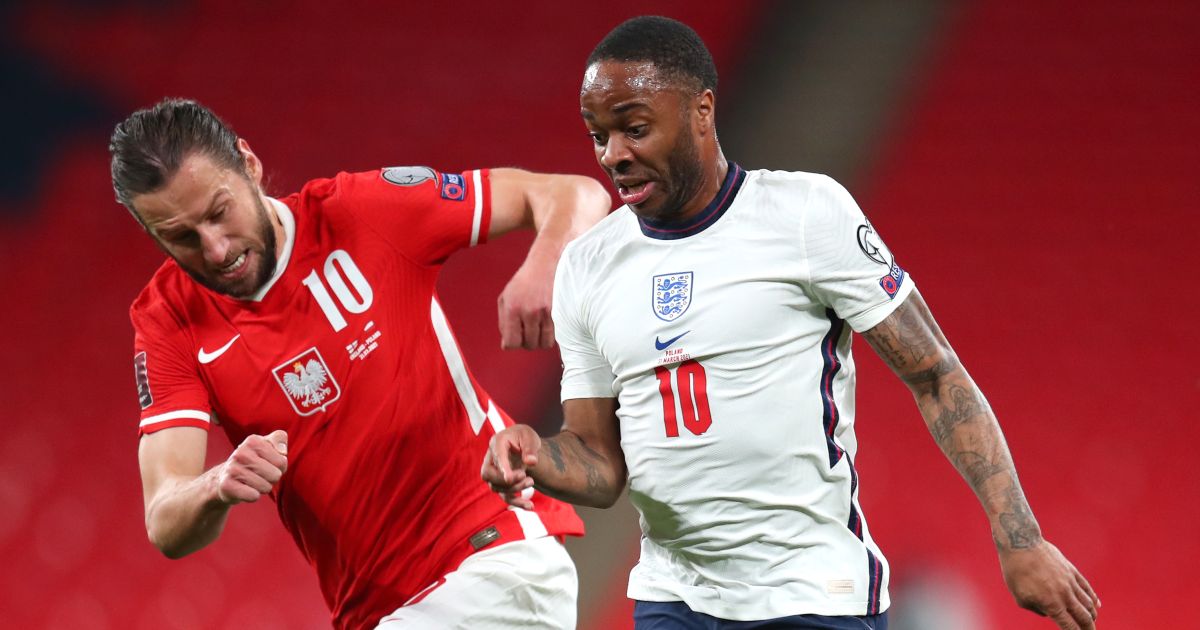 Thank you for all your mails on England, Raheem Sterling and more. We can start looking forward to the Premier League now. Send your thoughts to theeditor@football365.com

Raheem Sterling is bang average
At the risk of making this extremely controversial, is there a more overrated British player in the past few years than Sterling?

I was listening to some fan channels on Youtube the other day and most of them seem to rate Sterling as world class. To quote Freddie Mercury : “Is this the real life”?

People often point to Sterling’s stats to underline their point which is slightly bizarre. He plays in a world-class team (possibly the best in Europe) with one of the best chance providers in Europe and yet his misses stand out more than his hits (see Lyon).

Man has absolutely no bag of tricks to beat a decent defender, cannot score for toffee, one of the worst penalty takers (along with the rest of the City team), cannot control a football, cannot make the right passes to save his life and yet people consider him world class?

Ah, I guess that partly explains why England haven’t won the World Cup in 50 odd years by hyping up bang average players like this!
Bucky Dent (Bangalore, India)

…Raheem Sterling, what is all the fuss about? I have been supporting my team for 60 years now (MCFC) and without doubt he is the most frustrating player we have ever had. On his day albeit too rare he can be a world beater but how he can think about asking for a pay rise to £300K per week I cannot contemplate. A nurse earn about £30k per year and it would take 10 years for them to match his earnings in a single week.

He cannot trap a ball, constantly runs up blind alleys, never gets injured because he goes nowhere near a tackle and cannot pass a ball 10 yards accurately on a regular basis. Frustrated or what.
Paul Bohknecht

Play Kane as a 10 and other England ideas
Sterling is a confusing player. While brilliant for City and occasionally very good for England, more often than not he appears to offer lots of trickery with very little end product. I think he would benefit from the presence in the squad of a proper Aguero-style centre forward, one who is happy to stay in and around the six-yard box and not go wandering the way Kane does. The number of times he or Foden went on a run and got the better of their defender only to have no target to cross/pass to. Kane is a brilliant striker, but to his and the teams’ detriment he is starting to suffer from the Rooney complex, thinking he needs to be everywhere all the time. 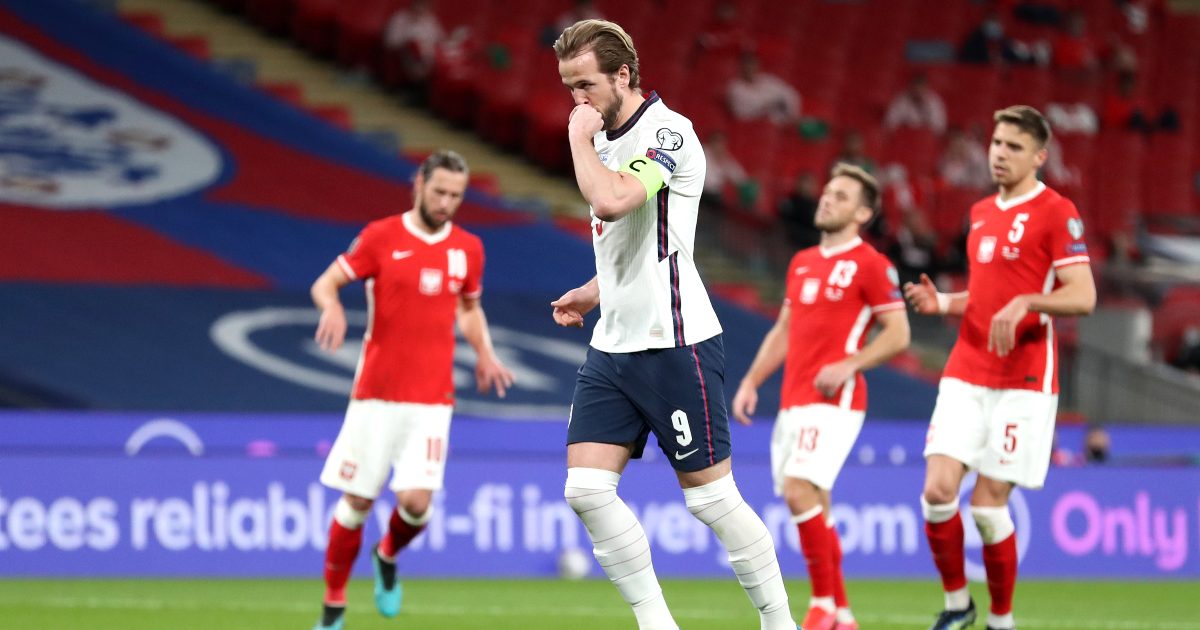 Personally, I think Southgate should try playing Kane as a number 10. He can still get his penalty goals as well as fouls just outside the box, plus as his hold-up/link up play is probably better than just about anyone else in the England squad anyway. Then with a proper number 9 on the field, I think it would help us get the best from both Foden and/or Sterling/Grealish. This would probably mean playing Mount as a number 8 alongside Rice in a 4231 formation (unlikely given the current safety first focus).

Kyle Walker works best in a back 3, imo. He offers next to nothing going forward as a right back. Speed he has a plenty (useful for covering for the mandatory English defensive brain fart) but can’t cross the ball and too often takes up positions on the inside of his attacking forward in the hopes of getting into a shooting position, thereby further cluttering up the field, when stretching the play would offer better outcomes for the team. He also, strangely for someone with his speed, tends to slow down play when he gets the ball. A proper right back who can cross and is happy hugging the line would be more useful for the team, I think, particularly if we had someone like DCL in the box to be a target.

Pity Pope’s otherwise decent showing had to be ruined by Stones’ lapse of concentration. When passed the ball, Stones had acres of space, but seemed to forget he was in a match. Is the lack of crowds at fault? Is it possible for a professional footballer to momentarily forget where he is? Further investigation needed…

Last night was yet another match against a similarly ranked side where we failed to score from open play. This inability to open better teams up continues to hold us back in tournament football. We can’t be always relying on corners and penalties to progress in competitions.
Rob, AFC

On Lampard and the Under-21s
Rob S comments this morning made me smile, ‘Without acknowledging that football management is a completely different skill set to playing, and thus requires a much more academic, technical and forensic approach (that most ex players struggle to provide), we will continue to play catch up in tactical ideas and technical coaching.’ Lampard has a 150 IQ, he has played under Ranieri, Mourinho, Ancelotti, Hiddink and Scolari. They have their ideas on football and football style. He’s completed his EUFA badges, but like all managers they grow in their experience through lessons learnt in defeat.

Management is more than the sum on the field, it’s starts on the training ground and it’s challenge is managing people with differing expectations. Rob confuses football philosophy (set by the FA) with individual coaches. Lampard is used to working with youth and getting the best out of them.

Is he the right person to lead the U21’s? We’ll leave that up to Southgate and the FA to decide.
P Didi

How a small country can qualify for the finals

Being nice about clubs we hate
What an excellent idea by Alex, South London this morning, his mail was a breath of fresh air and an enjoyable read. Before going into the nice points about a club I don’t like I thought I’d just share some thoughts on Chelsea first. For what feels like an eternity I’ve really liked Chelsea and always feel compelled to defend them when rival fans went on the attack, and aside from a bit of contrarianism I think I’ve cracked why.

Since the mid nineties they’ve felt more like an elite Serie A club parachuted into the English league and just have a completely different vibe to our traditional establishment clubs. For decades now Chelsea have been bringing established global superstars to these shores and massive name continental managers on a regular basis, giving English fans an opportunity to see some of the biggest names in football up close. They are also great fun for the narrative, with player power being so strong some off the field drama or managerial changes are never far away.

Let’s face it where else could the Kepa substitution fiasco happen? Add in their consistency in Europe this decade (for years Chelsea felt like the club the other European giants didn’t want to draw) and their inconsistency in the top flight this decade (1st> 10th >1st > 5th) and they just feel like a breath of fresh air in English football.

That all being said, the club I wish to begrudgingly praise is Tottenham. I’ve never really liked them on the basis of their over representation in the media and praise beyond their achievements through the 90’s and 00’s, recently though I’ve also realised a lot of my dislike for them comes from pure jealousy. Spurs over the past decade have shown that you can compete at the very top levels of football without either of the advantage of a lottery win (Chelsea, Man City) or the inherent benefits of having already been at the top for decades (Arsenal, Liverpool, Man Utd).

They just used smart management, intelligent transfers and good business sense to not just take a seat at the top table but fit in there as well. They should give hope to clubs like Villa, Newcastle and West Ham that if they can get an ambitious owner (not just a billionaire) and play it smart they too could become Champions League regulars. It’s also nice to see that Spurs fans have overwhelming shown humility through this rise up the league, appreciating the football being played and enjoying their golden era without becoming fixated on trophies or the misery of their rivals. Being a fan is about enjoying yourself and making memories, principles that the Tottenham support seem to share.

That All or Nothing show was a bit rubbish though.
Kevin, Nottingham

Haven’t read this for years. Still love that Phil Neville is 50