Home All The News Banks: Butland should be first choice for England 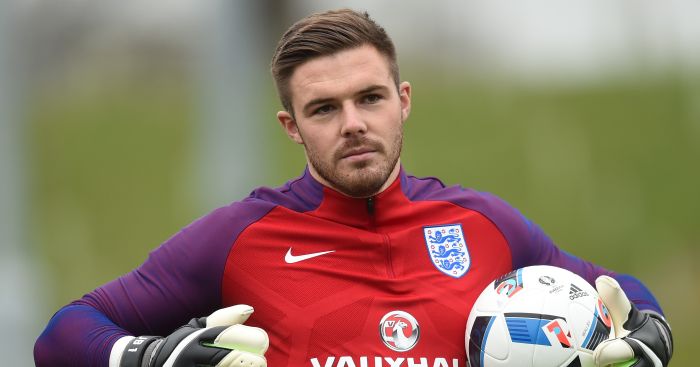 Current number one Joe Hart has faced criticism after a couple of high profile errors at the European Championships against Wales and Iceland, of which the latter lead to England’s embarrassing elimination at the last-16 stage.

Butland would have been included in the 23-man squad that travelled to France had he not suffered a fractured ankle during a 3-2 friendly win against Germany in March.

It is hoped the 23-year-old will be fit again for the start of the season and Banks, who like Butland also played for Stoke and was England’s first-choice keeper in 1966, believes he should be given his chance ahead of the 2018 World Cup qualifying campaign.

“That lad is a terrific goalkeeper and if I was the new manager, if I’d just got the job with England, I would put him in goal and I’d keep him in there,” Banks told Press Association Sport.

“He’s only 23. I’d keep in him in there to get him the experience of being used to playing there. Because this lad is a terrific goalkeeper, he really is.

“I’ve seen him play a little bit. I’ve heard that he practices quite a lot and works hard so you couldn’t wish for a better goalkeeper than that.”

Hart was beaten by a Gareth Bale free-kick from around 35 yards out but the Manchester City goalkeeper’s blushes were spared somewhat as England came from behind to win the group match 2-1.

Kolbeinn Sigthorsson’s low shot that eluded Hart’s grasp and trickled into the net for what proved to be Iceland’s winning goal last week proved more costly, and Banks, now 78, thinks Hart’s mind cannot have been right.

He said: “His concentration wasn’t 100% I don’t think – once he could get his hands on that ball he should have either pushed it away or caught it.

“He didn’t do either and that was a bad, bad mistake and it lost us the match, which was a shame.”

Butland made his England debut in a friendly against Italy in 2012 but has earned just four caps for his country. He was excellent for Stoke last season, keeping 12 clean sheets before his campaign was cut short in Berlin.