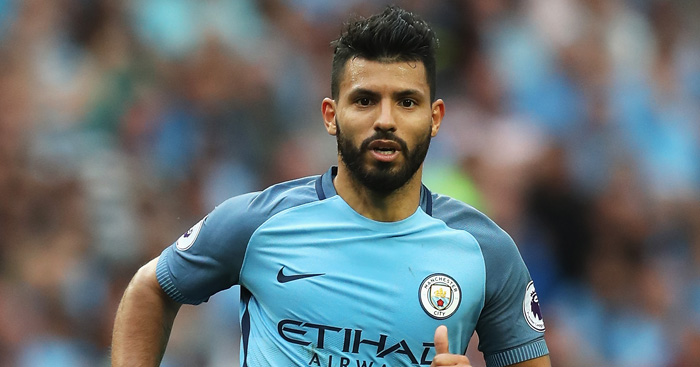 Manchester City striker Sergio Aguero will miss the derby against Manchester United after being handed a three-match suspension for violent conduct by the FA.

Aguero was charged retrospectively by the FA after appearing to elbow West Ham’s Winston Reid in the second half of the Premier League game at the Etihad Stadium on August 28.

The incident, after which Reid was seen holding his neck, was missed by referee Andre Marriner and his fellow officials during the match.

The charge was issued after a review panel felt he should have been sent off, and was subsequently contested and rejected.

Aguero will now be banned for City’s next three domestic matches – starting with the derby against Manchester United at Old Trafford on September 10, the home clash with Bournemouth and EFL Cup tie at Swansea.

The Argentina striker has scored eight goals in his nine appearances against city rivals United.

A statement from the Football Association read: “Sergio Aguero will serve a three-match suspension with immediate effect after an FA charge of violent conduct against him was found proven.

“The Manchester City forward was involved in a 76th-minute incident with West Ham United’s Winston Reid on Sunday [28 August 2016], which was not seen by the match officials but caught on video.

“The club denied the charge and submitted further that, if it was to be found proven, the standard punishment would be clearly excessive.

“On finding the charge proven at a hearing today (Friday 2 September 2016), an Independent Regulatory Commission went on to reject the club’s further claim to decrease the three-match ban.”

Aguero, who is not playing in Argentina’s forthcoming World Cup qualifying double-header against Uruguay and Venezuela due to a calf injury, had made a superb start to the season, scoring six times in his first three appearances, including a hat-trick in a Champions League play-off win at Steaua Bucharest.

His form has helped Guardiola’s side win their opening three games of the Premier League season, with United and Chelsea the only other teams with perfect records so far.