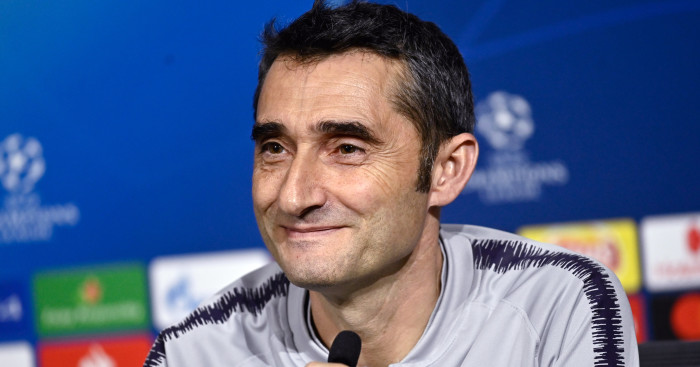 Barca face United in the last eight of Europe’s premier competition after beating Lyon, with Ole Gunnar Solskjaer’s side having overcome PSG in sensational fashion.

Valverde’s side will be the favourites, having almost sealed their latest La Liga title with a 2-0 win over Atletico Madrid on Saturday.

But the manager has warned his squad of the test that a “powerful” United pose.

“They are a powerful team. They are going through a good run, even if they lost their last match,” he said.

“Physically they are really strong and they know how to put pressure on their opponents. They have players who are physically very powerful, and they can be dangerous strategically as well.

“This match is a classic in European football. Barcelona have never won at Old Trafford I believe and we are going to try and change that.”