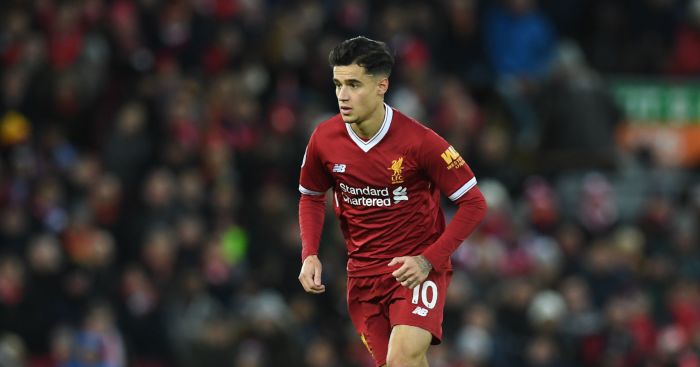 Barcelona boss Ernesto Valverde has admitted his admiration of Philippe Coutinho but refused to be drawn on reports of a fresh bid for the Liverpool playmaker.

La Liga leaders Barca are expected to make a January move for the talented Brazilian having seen a series of offers rejected during the summer.

While Valverde admitted 25-year-old Coutinho is a quality player, he preferred to speak about players already tied to the Catalan club.

“He plays on another team, he’s a good player and we do not know what will happen in the future, the ones that worry me most are the ones I have right now,” said Valverde at press conference broadcast on the club’s website ahead of Thursday’s Copa del Rey match against Celta Vigo.

Earlier in the day, former Liverpool defender Jamie Carragher urged the Anfield club not to sell Coutinho in the current transfer window but agree a deal for him to leave this summer.

Carragher wrote on Twitter: “Best thing @LFC is agree the BIG fee for Coutinho to go in the summer like we’ve done with (Naby) Keita, not now.

“What do the club gain by doing it now? Top 4 & CL progression seriously risked if they sell in Jan, & difficult to replace him now. If he goes on strike he damages himself.”

Best thing @LFC is agree the BIG fee for Coutinho to go in the summer like we’ve done with Keita, not now. What do the club gain by doing it now? Top 4 & CL progression seriously risked if they sell in Jan, & difficult to replace him now. If he goes on strike he damages himself.

Coutinho missed the start of the season with a back problem but has been in outstanding form recently, scoring seven goals in his last eight games.

In early December, he spoke about trying to do his best for Liverpool, but also said: “I do not know how the future is going to be.

“What will happen in January, we will know it in January. I do not know if there will be an offer.

“Last summer there was a job offer in the same way that happens with any employee and I was interested in it.”

He was not involved in the Premier League win at Burnley on New Year’s Day, with Liverpool saying that was due to a “minor thigh injury” and boss Jurgen Klopp adding Coutinho was “at least a doubt” for Friday’s FA Cup clash with Everton.

The Burnley match was shortly after Nike reportedly advertised a Barcelona shirt for sale with Coutinho’s name on it.

Headlined ‘Where the magic happens’, the page, which is no longer on the website, continued with the message: “Philippe Coutinho is ready to light up Camp Nou.”

Klopp, according to various media outlets, said when asked about that after the Burnley game: “I heard about it. I couldn’t be less interested in anything in the world. Somebody told me and I thought ‘wow – top story’.”

He was also quoted by a number of national newspapers as saying last week when asked about Coutinho: “The only thing I am interested in is how is Phil playing at the moment.

“I was really happy about the last few performances and his impact. All the rest I can’t and I am not interested in talking about.”

In August, Liverpool’s owners Fenway Sports Group issued a statement stressing their stance that Coutinho would not be sold during that window.