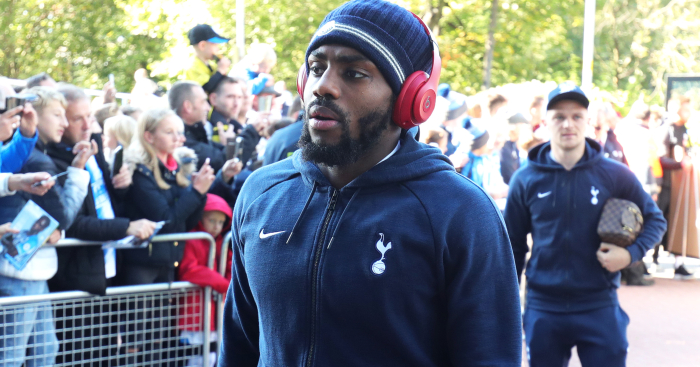 The Londoners’ tails are up again after Saturday’s 2-0 victory at Huddersfield made it three straight wins in all competitions.

But Rose agreed his side can ill-afford successive Champions League defeats after they conceded two late goals in Milan to lose 2-1 in last month’s Group B opener.

“It’s a massive game,” said Rose after three hard-earned points at the John Smith’s Stadium lifted them back into the Premier League’s top four.

“We have to win. We’re fully aware of that. We’re all bitterly disappointed from how the Milan game finished and no mistakes, we have to win on Wednesday.”

Rose though insists Mauricio Pochettino’s side have proved they can mix it with Europe’s best after group-stage wins over Real Madrid and Borussia Dormund in last season’s competition.

“We went to the Bernabeu and were unlucky not to win that game and then when we played them at Wembley we outplayed them, and not just them, Dortmund as well.

“We’ve proved that we can do it. At the minute we’re winning ugly and we’re just waiting for the performance to go with the victories.”

Rose was in the thick of it at Huddersfield, heading narrowly wide in the opening stages and having a big hand in Harry Kane’s second goal.

Kane had already headed Tottenham into a first-half lead when he converted a penalty after Rose was deemed to have been pulled back by Florent Hadergjonaj in the box.

After doubts over Rose’s Tottenham future in the summer, the England left-back is grateful he remains central to Pochettino’s plans.

“I’m just happy to be playing,” Rose added. “It’s probably something I didn’t expect four or five weeks ago. I’m just happy I’m in a position to be selected and I want it to continue.”