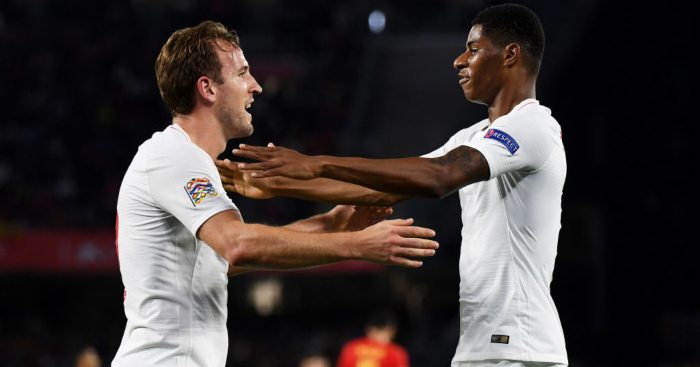 Barcelona have drawn up a four-man January wishlist as they seek a long-term replacement for Luis Suarez, according to reports.

The Catalan giants are understood to be planning ahead despite 32-year-old Suarez already bagging six goals this season.

And Mundo Deportivo (via the Daily Mirror) claims that Manchester United‘s Marcus Rashford and Tottenham‘s Harry Kane are on Barca’s shopping list in the January transfer window.

While the report adds that Liverpool striker Roberto Firmino would also have been on the shortlist – but the Spanish club’s hierarchy know it would be almost impossible to land the Brazilian.

Paris Saint-Germain’s Kylian Mbappe is thought to be their main target in January but Barca could struggle to afford the finances involved in any transfer.

And the final name mentioned is Inter Milan’s Lautaro Martinez, who has three goals in all competitions for the Serie A side this term.

The versatile forward is only 22 and already has 14 international caps for Argentina, scoring nine goals in those appearances.