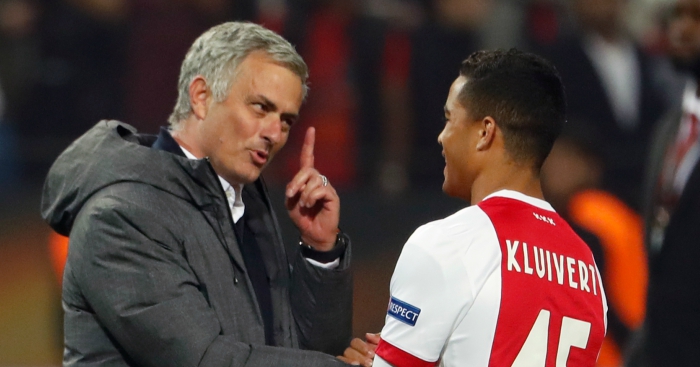 Patrick Kluivert has told his highly-rated son to remain at Dutch side Ajax for at least another year amid reported interest from the Premier League.

His son Justin has attracted interest from a number of clubs – including heavy links with Manchester United – and the 18-year-old winger recently named six potential destinations for when he leaves Ajax.

He has impressed for the Eredivisie side over the last year with six goals and four assists in the league so far this campaign.

And his father, Patrick, is keen to see his son develop further at Ajax before taking the leap to another top club in Europe.

He told Cadena SER: “He (Justin Kluivert) is doing things really well and the most important thing is that he continues like so.

“I have told him that he is 18 and he has to be calm and make himself stronger, [and] that he stays for a year or more at Ajax. He should not leave his country soon. It’s difficult to say no to Barca, but also to other big teams.

“He should choose the team that responds most to his play and not to the one that pays him more money. I see my son more in the Spanish league, he will choose his future with his heart but he has to have his head and feet on the ground.”