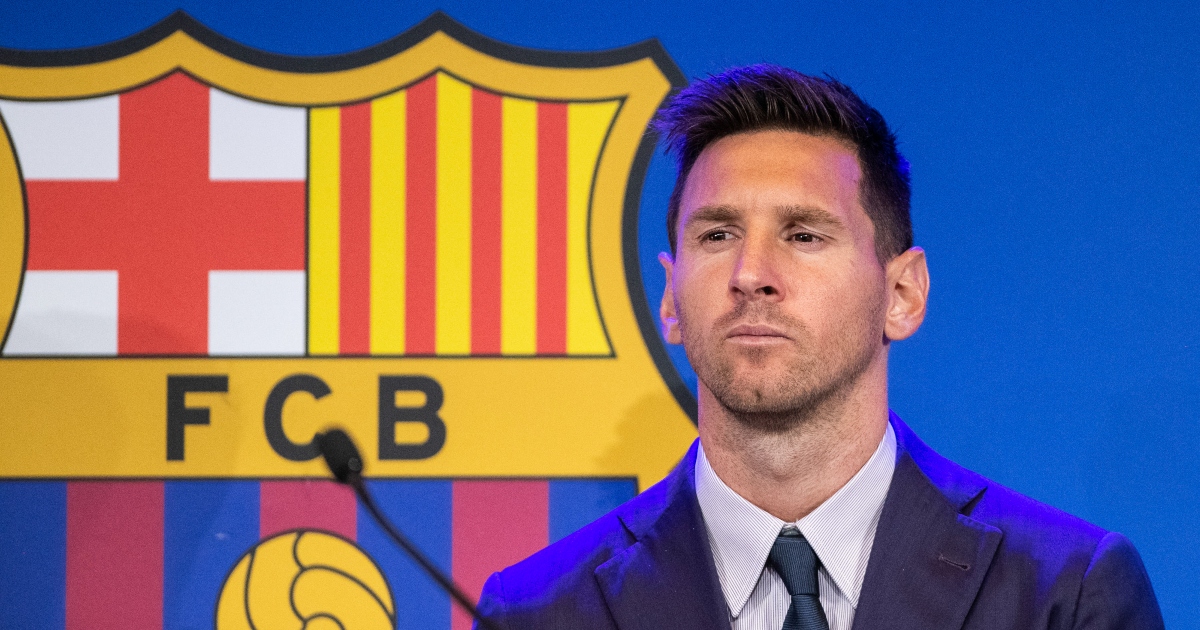 Barcelona president Joan Laporta has revealed that he had hoped that Lionel Messi would’ve stayed at the club and played for free.

Messi left the club on a free transfer in the summer, joining French giants Paris Saint-Germain after Barcelona were unable to pay his wages in accordance with La Liga rules.

The Argentine forward joined a star-studded list of players who Barca have had to let leave due to huge financial problems. The likes of Luis Suarez, Antoine Griezmann and Ivan Rakitic have all left in recent transfer windows.

However, Messi, a six-time Balon D’or winner, was certainly the biggest shock with the player looking likely to sign a new contract on reduced wages before league rules meant the deal was unable to be finalised.

Now, Laporta was admitted that he had faint hope that the Barca legend would have remained at the Camp Nou for free.

Speaking to RAC1 (via Goal), Laporta revealed: “With Messi I do not get angry because I appreciate him. I know he had a huge desire to stay, but also a lot of pressure because of the offer he had.

“Everything indicates that he already had the offer from PSG. Everyone knew that he had a very powerful offer. We knew from Messi that they had a very good offer.

“At no time do I think of going backwards. I think I’m doing the best for Barca. Nobody can put the institution at risk.

“I did hope that at the last minute Messi would say that he would play for free. I would have liked that and he would have convinced me. I understand that the league would have accepted it. But we cannot ask that of a player of his level.”

Laporta did offer some good news to the Barcelona faithful, announcing that contract talks with some of the most promising Barca youngsters were progressing well.

“Pedri, we have advanced with very well and hopefully we can take it further. Ansu is doing well.”