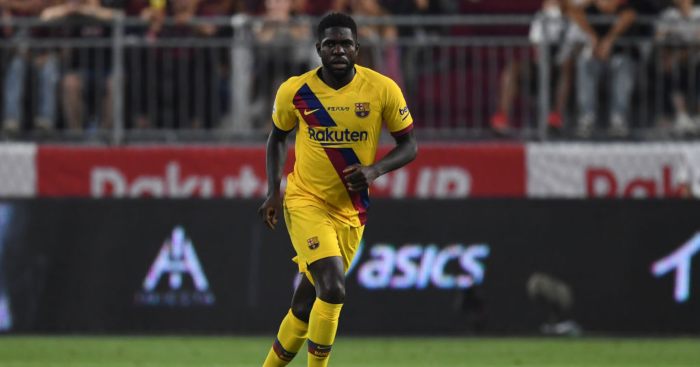 Barcelona have reportedly not received any bids for Samuel Umtiti this summer despite claims Manchester United want to sign the defender.

They added that ‘a reconciliation could therefore be quite possible’ as the Spanish champions want a perfectly reasonable €60m (£55m).

However, Sport (via Sport Witness) say that there is no interest from the Red Devils with the Catalan giants not receiving a bid for Umtiti all summer.

The report from Spain adds that it is a ‘certainty’ that the France international will still be at Barcelona beyond the summer and that only a ‘millionaire’ offer -presumably his €60m release clause – would change Barca’s stance.

Clement Lenglet has established himself as the first-choice partner for Gerard Pique and Umtiti only managed 14 appearances in La Liga last campaign.

Sport continues by saying that during an enquiry for Ivan Rakitic earlier in the window, United did ask about Umtiti but that’s as far as their interest went.