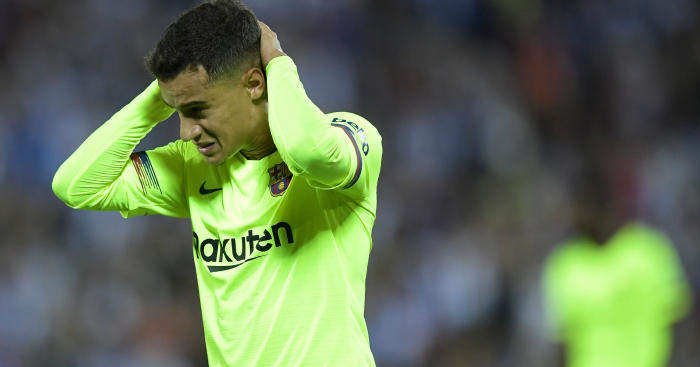 Ernesto Valverde was at a loss to explain Barcelona’s first defeat of the season after Leganes pulled off a stunning upset at the Estadio Municipal de Butarque.

Leganes had taken just one point from their opening five matches and would have sensed a fruitless night lay in store after falling behind to Philippe Coutinho’s excellent 12th-minute volley.

It was an embarrassing setback for the Catalan giants and only their second in the league under Valverde’s stewardship.

The Barca head coach said in quotes on the club’s official website: “It’s not a result that can be explained. It’s not an easy moment. We weren’t expecting this.

“(But) we need to expect that things like this can happen and we have to be ready to turn things around when they get difficult.

“We found it hard to create chances, and they shut up shop at the back.”

Valverde wants a response when his former club Athletic Bilbao visit the Nou Camp this weekend.

He added: “We have another important game on Saturday in front of our fans. We have to pick ourselves up and we’ll need everyone’s help to do that.”

Sergi Roberto believes Barca’s inability to score again once they had taken the lead proved critical and echoed Valverde’s sentiments about the need to adapt.

He said: “We knew we had to score the second goal or things would get complicated. This ground gets right behind their team. That showed.

“We need to be self-critical, try to get better and turn our minds to the next game.

“We have to be more solid. We need to work harder to try to get better.”