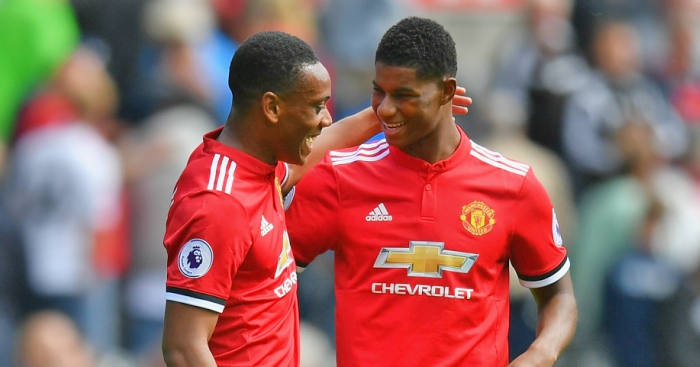 Barcelona are looking to the Premier League for their replacement for 34-year-old Luis Suarez.

They have reportedly identified Marcus Rashford as their number one target, according to Mundo Deportivo.

Suarez has impressed in a system that revolves around Lionel Messi, scoring 183 goals in 255 games, but Barcelona are concerned the Uruguayan hitman may not be able to be so consistent as he approaches the twilight of his career.

Liverpool’s Roberto Firmino is also on their shortlist as is Harry Kane, but the Manchester United frontman is thought to be their preferred choice.

Rashford signed a new deal which ties him to Old Trafford until 2023, but Barcelona may step up their interest in January as they look to the future.

Barcelona’s dream signing in Kylian Mbappe, but they accept that is a tall order with any fee likely to exceed Neymar’s £198m world record fee.

Harry Kane is another Premier League striker on their radar, as is Inter Milan’s Lautaro Martínez, who recently scored against the Catalan giants in the Champions League.