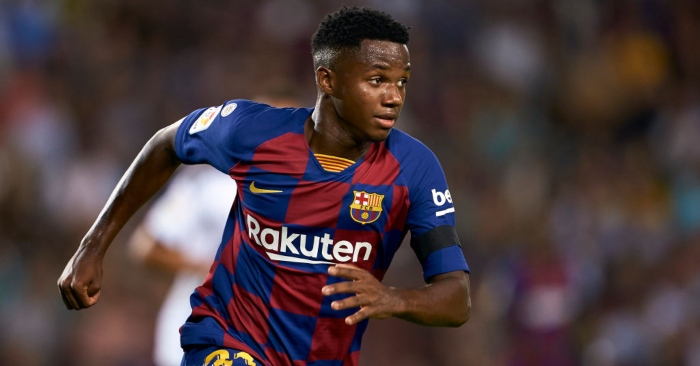 Barcelona wonderkid Ansu Fati is set to miss the Champions League home game against Inter Milan due to growing pains.

The 16-year-old has featured prominently for Barcelona in the early stages of the season, scoring against both Osasuna and Valencia.

Alex Keble has wondered why we care so much more about ‘giving young players a chance’ than we do about the potentially harmful effects of exposing children to such a cold and brutal industry.

Fati missed the 2-0 win over Getafe last weekend due to growing pains and is also set to be absent against Inter, reports Mundo Deportivo.

Barcelona have Lionel Messi and Ousmane Dembele back available after injuries.

Barcelona are aiming for their first Champions League win of the season after drawing 0-0 with Borussia Dortmund in their opening group game.

Antoine Griezmann has claimed that winning the Champions League with the Catalans is his primary goal at the Nou Camp, having made a big money summer move from Atletico Madrid.