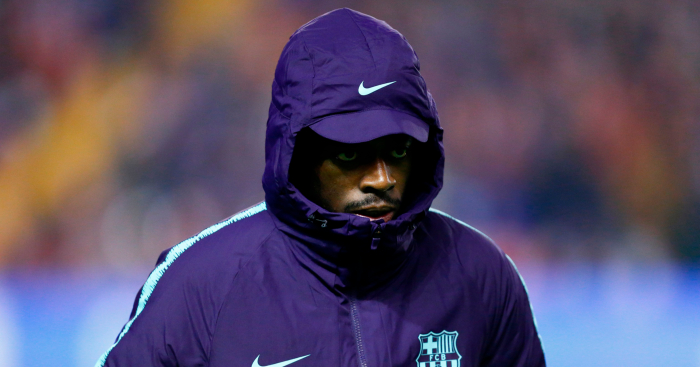 The France forward is reportedly unhappy at a club who are convinced he has a gaming addiction, but scored a late equaliser to earn Barca a 1-1 draw at Atletico Madrid on Saturday.

Arsenal and Liverpool in particular have been linked with the 21-year-old, but Barca seem eager to keep him.

“He’s a very important player for us, he’s scored some big goals and he’s going to be important for some time to come.”

Barca boss Ernesto Valverde could turn to Dembele, who joined from Borussia Dortmund in August 2017 for a fee which could reach a potential £135million, as his side seek to confirm their place as Group B winners in Holland.

Valverde has Philippe Coutinho available and Ivan Rakitic has travelled to Eindhoven following a hamstring injury. Both could feature for a Barca side depleted by injuries.

“It was very important. It was a goal that kept us from possibly losing the match,” Valverde said of Dembele’s Atletico strike.

“I have confidence that Ousmane Dembele will continue to give his best when he’s out there on the field.”