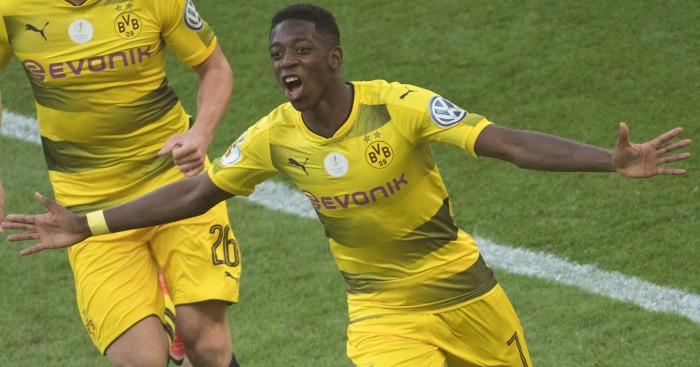 Barcelona are reported to have agreed a contract with highly-rated forward Ousmane Dembele, and now look set to discuss a £90million fee with Borussia Dortmund.

With Neymar joining PSG last week for £198million, Barcelona have been on the hunt for a replacement, and it is Dembele who is believed to be their number one target, according to reports in France.

Although there is no confirmation that a fee has been agreed between the two clubs, it is understood that a contract has already been ironed out, and agreed by the player.

The youngster was announced as Bundesliga’s ‘Rookie 2017’ on Saturday, before his side faced Bayern Munich in the German Super Cup final – a match they lost on penalties.

New Barcelona manager Ernesto Valverde has had a slow summer with transfer arrivals, but his side have frequently been linked with big names, including Liverpool’s Philippe Coutinho.

However, if L’Equipe are to be believed, Valverde’s first signing, and more important the clubs long-term replacement for Neymar, will be Dembele.