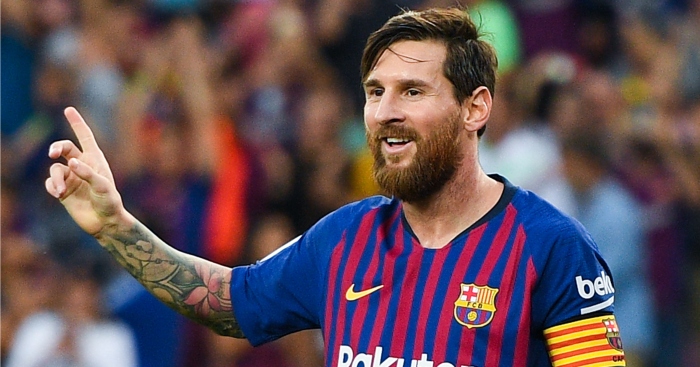 It’s nearly a month since La Liga president Javier Tebas announced a deal to stage regular season games in the USA, and his plan for westward expansion is now starting to take shape.

La Liga, Girona and Barcelona have all submitted a formal request to the Royal Spanish Football Federation (RFEF) asking for permission to play January’s game between the two Catalan sides in Miami.

This is Tebas’ latest attempt to further globalise and monetise his product, following his scheduling of La Liga games at ridiculous times to suit Asian audiences, and his ill-fated attempt to increase interest from Saudi Arabia by bringing nine Saudi players to La Liga clubs on loan. Of the nine, only two saw any action, and the experiment was chalked up as a tremendous failure.

Tebas will be hoping his latest scheme will be far more successful, as it stands to earn the league a further €200m in revenue, as well as greater exposure in an emerging market.

As is often the case with such ventures, Tebas has cast himself as a pioneer, bringing the gift of football to an audience who would normally never get the chance to see a La Liga game in the flesh. In reality it’s fairly clear that he couldn’t really care less about such matters; his main motivation is the almighty dollar.

The move has angered many fans in Spain, and it is seen as a slap in the face to those who invest a great deal emotionally and financially into following their team. Girona fans have been offered subsidised travel and accommodation if they want to make the trip to Florida, which will no doubt appease some, but others will be hugely aggrieved at having to make a 10,000-mile round-trip to go and see their local team.

Elderly fans, those with young children and the children themselves will find it almost impossible to go, and fans wishing to make the trip will most likely have to take at least two days off work and set aside a fair wedge of cash for food and drink, as well as other incidental costs.

What is more, moving this game deprives a lot of Girona fans of the chance to see the standout fixture in their calendar. As a small club that is in only its second ever season in the top flight, a home game against their neighbouring superclub is by far and away the highlight of their campaign, and La Liga wants to take it away from them.

Any home advantage Girona may have had will also go out of the window. Although it will be officially recognised as a Girona home game, due to Barcelona’s huge worldwide profile there are bound to be significantly more Barça fans present.

All those concerns have been aired by supporters groups, but money is far more important to La Liga than the fans.

The clubs themselves are also complicit. Girona and Barcelona are both keen to increase their profile and make themselves more marketable abroad to increase their revenues. And as far as the clubs are concerned, if there’s a chance to make more money, they won’t hesitate to screw over their loyal fans.

Tebas claims there is a 90% chance the fixture will go ahead in Miami as planned, but he still has to jump through several hoops before it is confirmed, and he will surely meet stiff resistance along the way.

The relocation of the fixture has to be approved by the United States Soccer Federation, the RFEF and UEFA. There shouldn’t be too much trouble getting approval from America, but UEFA are unlikely to want to set such a precedent, and the RFEF’s nose has been put out of joint as Tebas didn’t consult them about his plan before striking the deal with the American promoters.

Even if approval is gained, there is one final hurdle for Tebas to overcome: the players.

The players’ association met shortly after the new venture was announced, and unanimously agreed that they would oppose it, with association head David Aganzo saying: “We will do everything we can to avoid this.”

It remains to be seen whether the Girona and Barcelona players would openly defy their clubs when it came to the crunch, but strike action has not been ruled out.

As the major beneficiaries of the hyper-monetisation of football, it would be remarkable if the players were the ones to prevent this latest excess of the modern game.

Whatever happens, it feels like a pivotal moment for football as a whole. If Tebas gets his way, the Rubicon will have been crossed, and the door would be open for games to be played throughout the world at the home of the highest bidder. Those with the power to oppose the plan must do so, otherwise football may well be lost to big business once and for all.