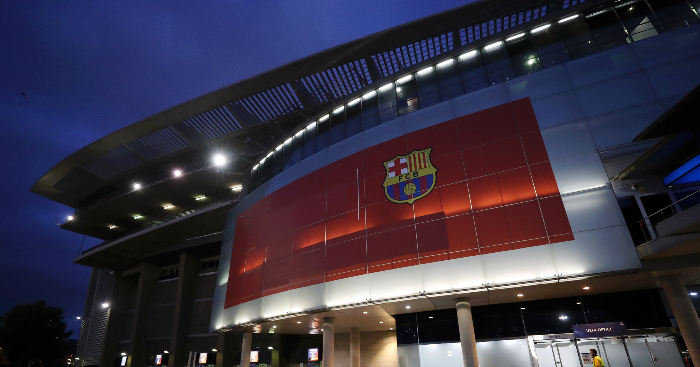 Barcelona’s famous Nou Camp will be rebranded as the Spotify Camp Nou as part of a four-year deal agreed between the LaLiga giants and the Swedish streaming platform.

Spotify will also become the club’s main partner, with its name appearing on the shirts and training kits of both the men’s and women’s team, and their official audio streaming partner.

Bulldoze Old Trafford? The plans for other iconic stadiums

“This partnership will allow us to continue to bring the club closer to its fans and make them feel, even more, part of the Barca family through unique experiences, combining two activities such as entertainment and football, making it possible for us to connect with new audiences around the world.

“It is also a union with which we continue to take steps forward in this new era that we have started, and which demonstrates, once again, the innovative character and the constant search of excellence that distinguish Barca and have made it a unique club in the world.”

The deal, which has been approved and signed by the club’s board of directors, is subject to ratification at their Extraordinary Delegates Members Assembly, which takes place on April 3.

“I would have gone for Conte or Tuchel.

“It looks like one might be available at the end of the season. Those are two top class coaches that strike fear into players and win, which is the most important thing. United, with either one of those managers, would be much better off.”

“I think they’re an elite coach away from challenging for trophies again. They’ve got a good squad with some top players, but for the last three or four years, they’ve not had an elite coach.”