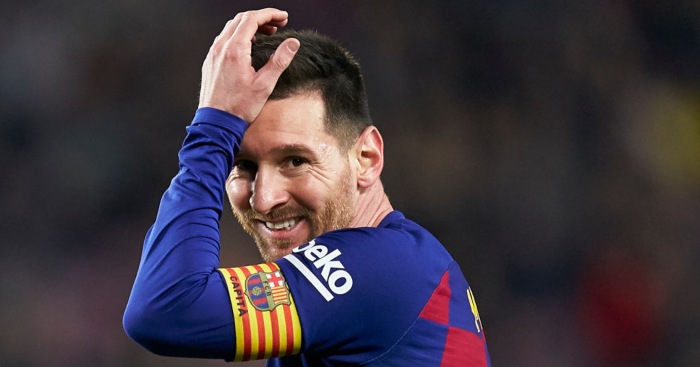 Barcelona have announced plans to reduce player and staff wages in a bid to “minimise the economic impact” caused by the coronavirus outbreak.

Spanish football was suspended for an indefinite period earlier this month, with a resumption only taking place once the government and health bodies are satisfied there is no longer a risk to public health.

With no sport possible and the subsequent effect on income streams, Barcelona announced on Thursday night they would be implementing measures in an attempt to reduce the economic impact of the crisis.

FEATURE: Chile, the Soviet Union and a stain on FIFA’s reputation

Among the measures decided by the club’s board was “adapting the contractual obligations of the club staff to the new and temporary circumstances that we are experiencing”.

Barca say that, as the working day has been reduced by the coronavirus, then salaries will be proportionally reduced.

A club statement read: “It is about the presentation of the different relative files in the sporting field (football and other professional sports), as well as for the rest of the non-sporting personnel.

“These files will be processed before the Treball Department of the Generalitat de Catalunya, once the club has shared all aspects related to these measures, and their scope, with all its staff, both sporting and non-sporting.

“Basically it is a reduction of the working day, imposed by the circumstances and the protection measures carried out, and, as a consequence, the proportional reduction of the remuneration provided for in the respective contracts.”

The reigning LaLiga champions, who were two points clear at the top of the table when the suspension came in, also announced ways in which they were looking to help combat the impact of coronavirus.

They include making the club’s facilities available to the local health department, and contacting and helping supporters over the age of 80 who have been affected by the crisis.