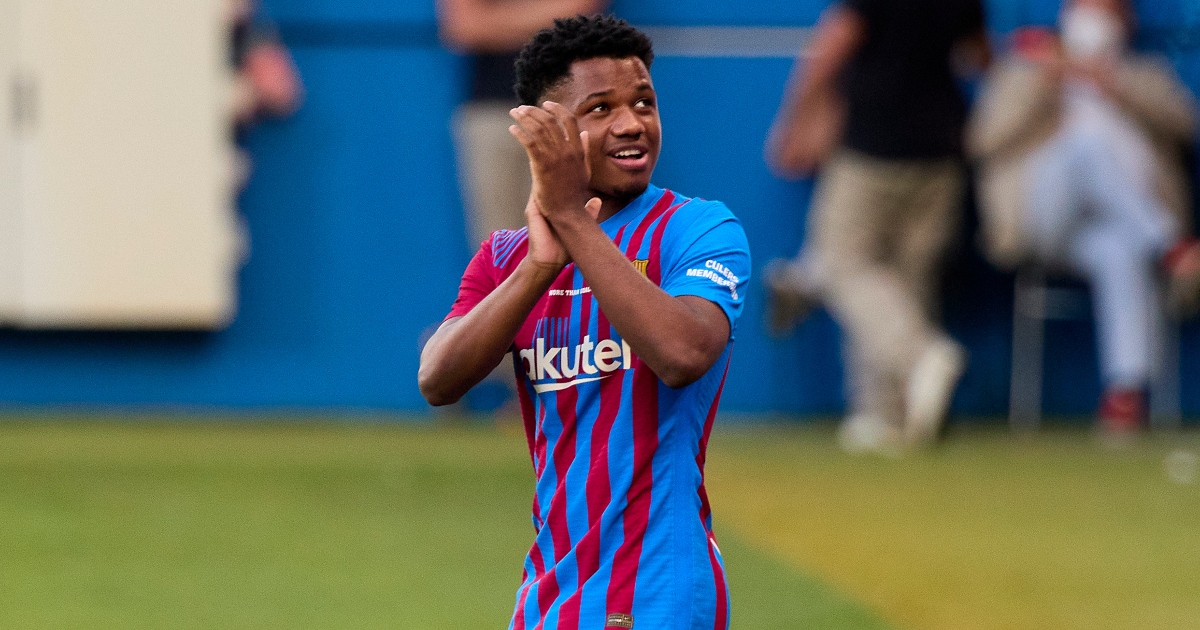 Ansu Fati will occupy the No.10 shirt at FC Barcelona this season after it was vacated by the departing Lionel Messi, the Catalan club have confirmed.

“After wearing the No. 22 then 17, the young Barca striker will proudly wear the No. 10 shirt — a famous jersey previously worn by legends such as Lionel Messi, Ronaldinho and Rivaldo,” Barcelona said in a statement.

It was confirmed in early August that Messi would leave Barca because “financial and structural obstacles” were preventing him from signing a new deal.

He was instantly linked with a move to either Manchester City or Paris-Saint Germain due to their wealth.

The Argentinian joined the latter, making the move to the French capital.

He signed a two-year contract with the French giants. His terms also include the option of a further year.

Messi was given the No.30 shirt at PSG, which he wore when emerging into the Barcelona first team.

After leaving Barca, Messi’s iconic shirt number was left vacant and it was highly documented in Catalonia who would take the reigns for the 2021/22 campaign.

This honour has fallen onto Fati, who is under immense pressure to replicate even half of what Messi managed at the LaLiga club.

They could not retire the number due to LaLiga rules, which state that each club’s 25 first team players must wear shirt numbers. 1 through 25.

The 18-year-old joined the first team in 2019 and became the club’s youngest LaLiga scorer in history when he scored against Osasuna in his first season at the age of 16.

He also became the youngest scorer in the history of the Spanish national team after a goal he scored at 17 years old against Ukraine in 2020.

Fati is currently out with a knee injury and hasn’t played for Ronald Koeman’s team since November last year.

The winger is expected back soon with Barca beginning their Champions League campaign on September 14 against Bayern Munich.

His injury limited him to only ten appearances last term, scoring five and assisting four.