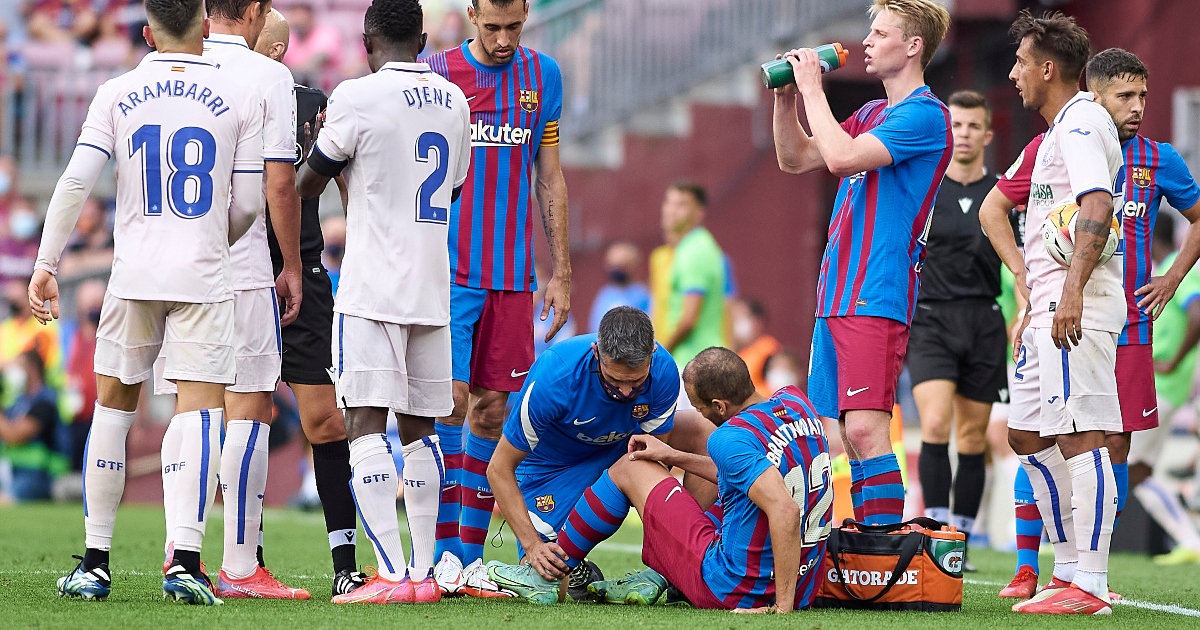 FC Barcelona forward Martin Braithwaite has been ruled out for three-to-four months after sustaining a knee injury.

Braithwaite has started all three of Barcelona’s La Liga games this season, scoring twice in a 4-2 win against Real Sociedad.

However, he picked up a knee injury against Getafe in their last league fixture.

The injury ruled him out of Denmark’s World Cup qualifiers, and Barca have confirmed the player has opted to have surgery in the coming days.

He will be ruled out for around four months and the Catalan club have said they will release a new medical report after his operation.

His injury has left Ronald Koeman very short for options in attack.

Sergio Aguero is still waiting to make his first appearance for the club due to injury and Ansu Fati has not yet returned from a long-term problem.

Aguero is unlikely to return until mid-October, but Fati – who was recently handed the famous No.10 shirt – should return at some point this month.

This leaves only Memphis Depay and Luuk de Jong available to Koeman in terms of strikers.

De Jong was signed on deadline day in a surprise loan transfer, and it looks like he is set to feature heavily in the next few weeks.

Griezmann enjoyed a fantastic five-year spell at Atletico between 2014 and 2019.

The World Cup winner has been an important player for Barca since then. But given their ongoing financial struggles, it is key that they let some of their high earners go.

He made his second debut for Atletico in Sunday’s dramatic victory away to Espanyol.

Barca start their Champions League campaign on Tuesday, hosting Bayern Munich, who beat them 8-2 in the quarter-finals in 2020.