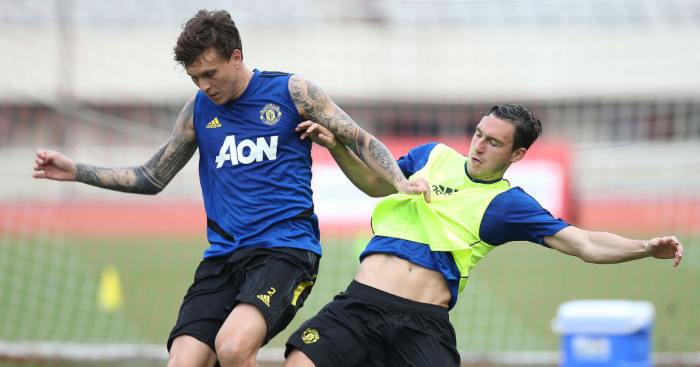 The 29-year-old has already been linked with a move to Italy this summer in a deal involving Mario Mandzukic going to United, which seems extremely unlikely.

Darmian only has a year left on his contract after making seven appearances in all competitions for the Red Devils last campaign.

The latest rumours come from Spanish newspaper Mundo Deportivo (via Sport Witness), who claim that Barcelona are ‘attentive’ to a deal for Darmian as they look out for a cheap left-back.

The Italy international is primarily a right-back but has also played on the left and Barca ‘don’t want to spend a fortune’.

Junior Firpo and Philipp Max are other possible alternatives for the Catalan giants but it is understood United could ask for less than €10m for Darmian, which could be tempting for Barcelona.

It would certainly be a surprise to see Darmian end up at Barca and a move to Italy seems more likely.