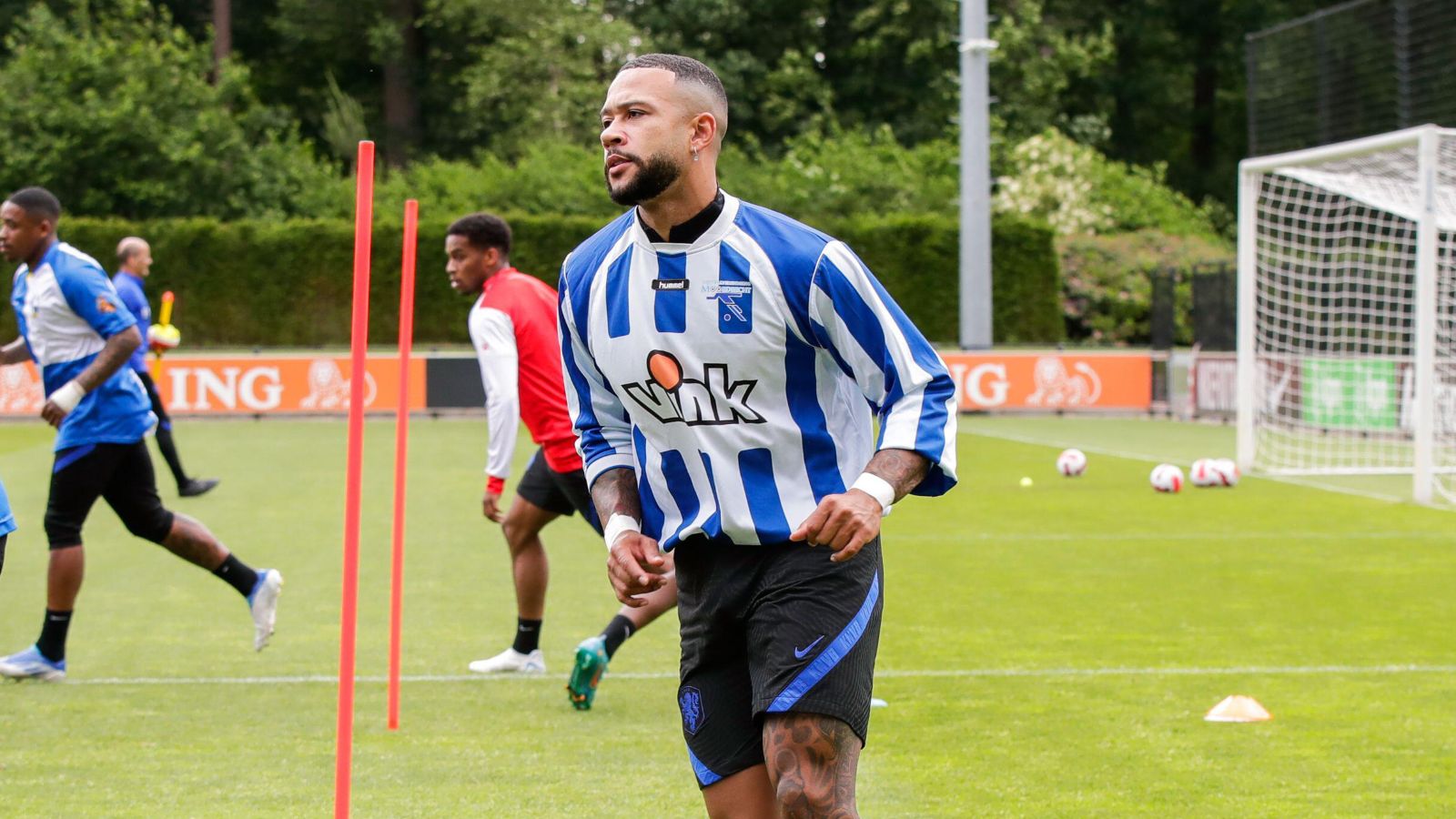 Arsenal are reportedly among the clubs ‘interested’ in FC Barcelona forward Memphis Depay, who will be sold if an ‘attractive’ offer comes in.

The Dutchman previously had a spell at Man Utd. A year-and-a-half after joining the club, he left to sign for Lyon on a permanent basis.

Depay was a standout player for the French side up until the end of the 2020/21 campaign. His performances in Ligue 1 tempted Barcelona to bring him in last year.

The 28-year-old has scored 13 goals in 38 outings for Barcelona. Pierre-Emerick Aubameyang’s arrival hampered Depay as the ex-Arsenal man was favoured by Xavi.

It was claimed last month that Depay is available for £17m this summer. His contract is due to expire next year.

Spanish outlet Sport (via Sport Witness) are reporting that Barcelona will ‘opt for his sale if there is an attractive proposal that suits all parties’.

Arsenal and other clubs are ‘interested’ in the attacker. He ‘wants to stay’ at Barcelona, but he will need to play regularly ahead of this winter’s World Cup.

It is noted that Barcelona are ‘looking to sign’ Bayern Munich striker Robert Lewandowki and Leeds United winger Raphinha. To make this happen, ‘they will have to let go some of their attackers’.

“But if he goes to Chelsea he could be the player Romelu Lukaku was promised to be but wasn’t. At Chelsea, they create loads of chances, they will stick the ball in the box. Jesus can be the fox in the box I’ve so often said they need. If Jesus just concentrated on doing some really good work in the box, he could be that man.

“At Arsenal, with the support cast they have, which is still two rookies in Emile Smith Rowe and Bukayo Saka — and we don’t know for sure that they will still be wearing Gunners shirts in two years’ time, with Saka being linked with Liverpool and City — if I was Jesus I would be thinking of myself in the blue shirt at Stamford Bridge.”