Home All The News Barca could beat Man Utd to €70m deal; plan to loan Fernandes out 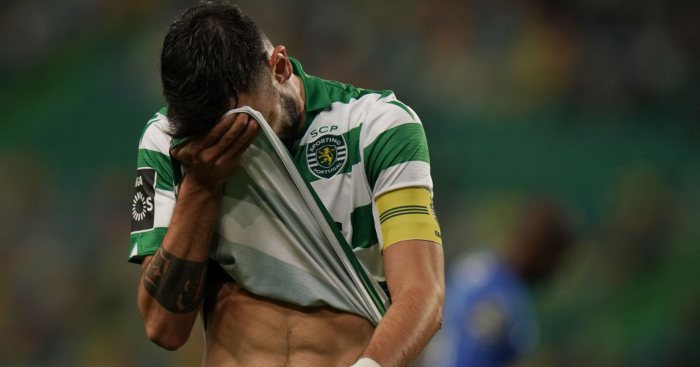 Barcelona could beat Manchester United to the signing of Sporting Lisbon midfielder Bruno Fernandes, according to reports.

It was reported over the weekend that Man Utd were closing in on the transfer of Fernandes from Portuguese side Sporting.

However, The Athletic journalist David Ornstein told us on Monday that ‘reports in recent days that it is on the verge of happening are wide of the mark’.

Ornstein adds that the only way a deal gets done from here is if Sporting ‘decide their need for money is more important than their need for the asking price to be matched’.

The former BBC Sport man continued by claiming there’s ‘a realistic possibility’ that Man Utd won’t sign anyone before the January deadline and that ‘no deals are imminent’.

And now Spanish newspaper Super Deporte (via Sport Witness) claims that Barcelona could actually beat United to the signing of Fernandes before sending the Portugal international out on loan to Valencia.

The Catalan giants are apparently close to signing Rodrigo from Valencia and the plan is to send Nelson Semedo and Fernandes there on loan until the end of the season to help smooth out the deal.

Despite O Jogo saying a €70m deal to Man Utd was ‘imminent’ on Monday, it now looks like the Barcelona may be a more likely destination in January.