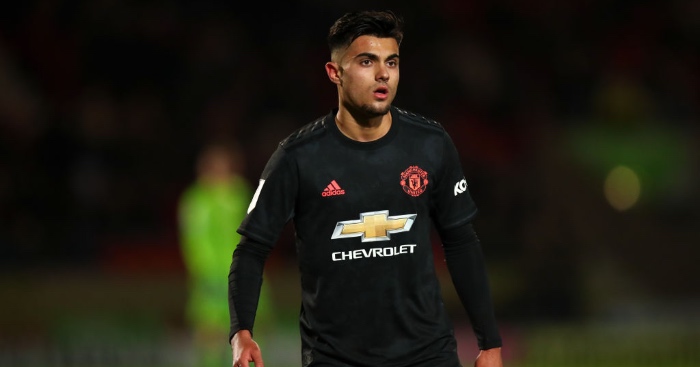 The Spaniard is seen as one of the best players in the Red Devils’ setup.

His form for the U23 side has now seen him attract interest from Barcelona, who have tried to sign him before.

According to Spanish publication Sport, Barca will attempt to sign Puigmal when the window opens.

Barca officials see Puigmal as a perfect player to bolster their B team, which plays in the Spanish third tier.

That would then offer the player the chance to move up if he impresses coaches in Spain.

The report calls Puigmal ‘the most outstanding player’ in the U23 side, hence the interest.

Puigmal is 19-years-old and has had an exciting start to the new campaign.

Puigmal is a central midfielder who came through Espanyol’s academy in Spain.

Barca originally tried to sign him when he was younger, although they were unsuccessful.

He joined United in 2017 but is yet to make his full debut.

The player represents Spain’s U19 side and has made three appearances for them to date.

He is one of a host of prospects in the Red Devils’ academy setup.

The club signed two of Spain’s brightest young stars during the summer. They brought in Marc Jurado joined from Barcelona and Alvaro Fernandez from Real Madrid.

It’s unclear whether Puigmal will be tempted by a return to his native Spain. But the available route to Solskjaer’s side will prove important in his decision.

Academy graduates Brandon Williams and Mason Greenwood are currently serving as proof that there is a route to the first team.

In the past, players like Scott McTominay and Tahith Chong have also moved up through the ranks.