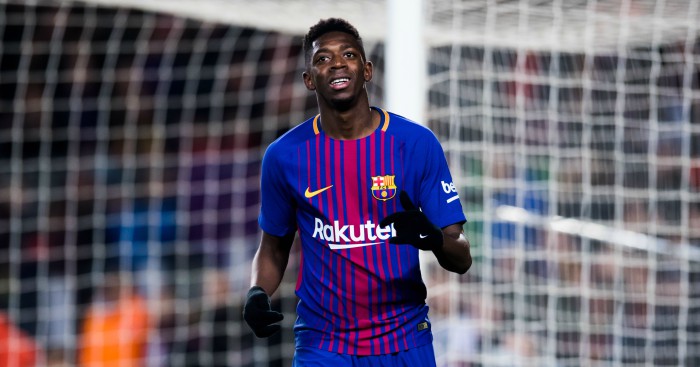 Barcelona have broken their silence over the future of reported Liverpool target Ousmane Dembele.

Dembele has long been linked with a move to the Premier League, having struggled to break through at Barcelona.

The Frenchman moved to La Liga from Borussia Dortmund in summer 2017, but has seen injuries and difficulties with consistency blight his spell in Spain.

Liverpool were reported to be considering a club-record bid in January, while Arsenal have also been linked with an interest.

But Barcelona say there are no plans regarding Dembele’s exit.

“As of today we have nothing for Dembele and we have no desire to change the structure of the template.

“It is true that I had a meeting with Dembele’s agents. But I had three meetings with three other representatives. My job is to meet with representatives, they are common things.

“There is no problem with Dembele.

“It is a normal situation for a young player who has a lot of talent and has reached a very big club like Barca, with great players and teammates. He has never had this before and this generates a process of adaptation that has to happen.

“He is very young and has never had to make the effort to adapt to this way of playing and we recognise that it is costing him. He also recognises it.

“What we will do is work so that this adaptation is possible.”