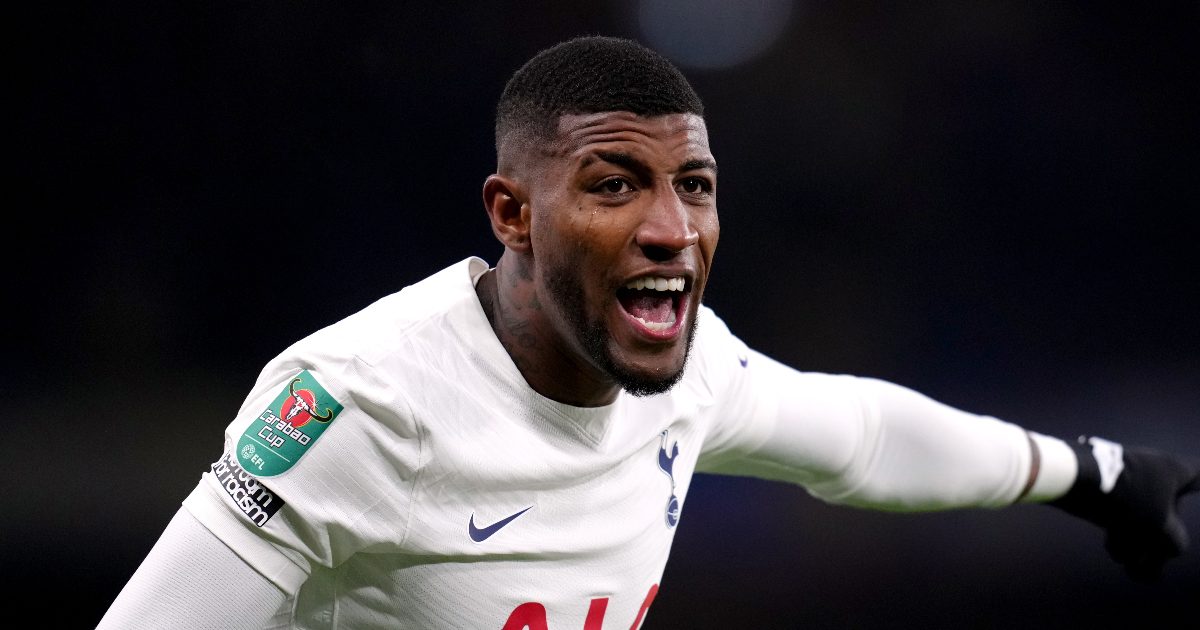 According to reports, Barcelona “cannot believe” that Tottenham Hotspur offered to pay £25.8m for Emerson Royal during the summer.

The right-back spent three years at Real Betis before he was added into the Barcelona first team last year.

Royal only played three times for the Spanish giants before he joined Tottenham at the start of the 2021/22 campaign.

Whisper it but are trophies becoming important again?

The defender was linked with Arsenal before he signed for Tottenham Hotspur for around £25.8m.

The 22-year-old has played 18 times for Spurs across all competitions this season and his performances have been inconsistent.

The Telegraph are reporting that Barcelona “still cannot believe Spurs offered to pay £25.8m” for Royal.

Elsewhere, Antonio Conte has revealed that he has held talks with Tottenham’s board regarding new signings:

“I spoke with the club. I have my thoughts on the situation. The club has to decide the best way to go,” Conte told reporters.

“I don’t have expectations. I am the coach and know that we have to solve many problems.

“For me, in this moment, the best possible way is to try to get the best out of my players. This is the only way I can to try to improve the situation and the squad.”

“We have spoken about the situation, it was a good meeting. The owner and [Fabio] Paratici, they started together at the start of this season and I arrived in the middle of the season. For sure they know the situation much better than me.

“It was a good meeting to speak and to tell them my thoughts about the two months I have spent at Tottenham. I can give a lot of work to the club. Then the decision’s for the club and not for me. The last word is always for the club.”

Tanguy Ndombele was booed by Spurs fans when they faced Morecambe in the FA Cup on Sunday. This came as he took his time leaving the field while his side were 1-0 down.

The midfielder has been linked with a move away from Tottenham. Conte does not think it is “right to speak about” the player’s situation publicly:

“Honestly, I think it’s not right to speak about this type of situation,” Conte added.

“I think everyone is the owner of his gestures, you understand? I don’t like to speak about a player who is not in front of me. I’ll do it in a private way.”