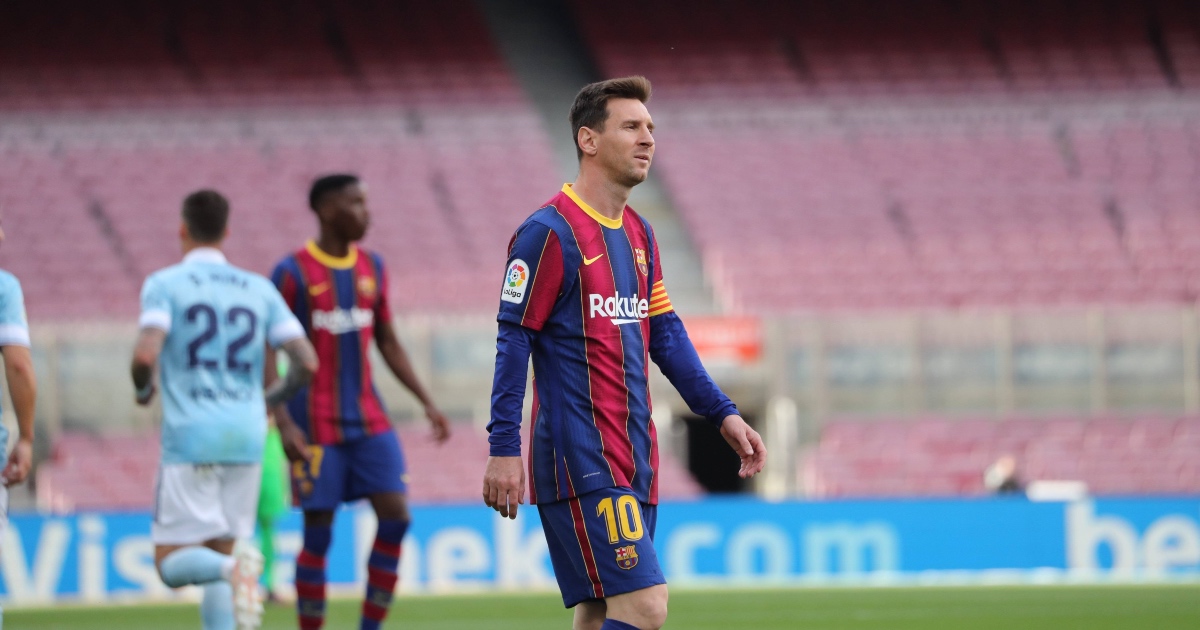 Lionel Messi is moving closer to signing a new two-year contract to stay at Barcelona.

The Catalan giants are said to be ‘confident’ of agreeing the deal soon after talks have been moving positively as reported by Fabrizio Romano.

This deal comes after months of doubt over Messi’s future at Camp Nou following his reported unrest last summer.

The negotiations are believed to be in the latter stages and details and clauses are all that is left to be finalised.

The proposed deal would expire in June 2023 at which point Lionel Messi would be around 36 years old, seemingly stopping the possibility of a big transfer away from Spain.

Barcelona have recently announced the signings of Sergio Aguero and Eric Garcia from Manchester City to bolster their squad following a disappointing season in La Liga.

Whilst Georginio Wijnaldum is expected to join the club too on a free transfer away from Anfield.

Messi is said to be appreciative of the board’s support and effort to bring in new players which isn’t surprising since he is well known to be very close with Argentinian teammate Aguero.

Barcelona are working on last details/clauses and preparing the official new contract proposal until June 2023 for Lionel Messi. 🇦🇷 #FCB

Barça are ‘confident’ to complete the agremeent after positive talks.

Joan Laporta, the current president of Barcelona, spoke about Messi’s future and desire to stay at the club whilst speaking to press at Garcia’s presentation. He said: “He wants to stay and we will try our best to make that happen.”

Laporta also reassured Barcelona fans of the progress of the talks when he said: “I said the other day that talks are going well and they are progressing.”

Messi is yet to confirm himself that this remarkable U-turn on his future is going ahead, but it seems likely given reports around Spain.

Messi managed 38 goals and 14 assists in all competitions this season for Barcelona and is showing no signs of slowing down his record-breaking numbers.

Aguero has also said he feels confident his compatriot will stay at the club during his press conference upon signing for Barcelona.

He said: “What happens with Leo will be the decision of the club but it is a pleasure and a pride to play with Leo.

“If he continues, which I think he will, I will try to give everything as he has always done.”