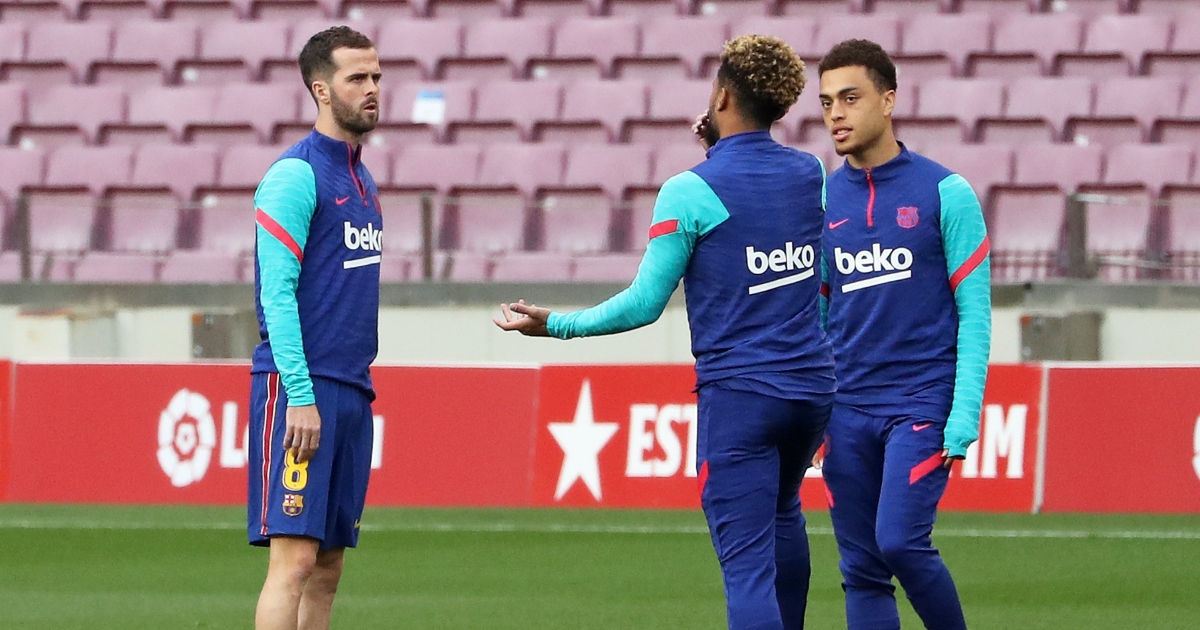 Barcelona director Mateu Alemany has confirmed that Arsenal target Miralem Pjanic could leave the club this summer due to the Bosnian’s concerns over his playing time.

The 31-year-old has had a tough time at the Spanish giants since joining last year, only making 19 LaLiga appearances last season for Ronald Koeman’s side.

Barca are in a difficult situation this summer, as they might be unable to register new signings for the upcoming league season due to salary cap issues.

This would mean that new boys such as Memphis Depay, Sergio Aguero and Eric Garcia cannot be officially registered until their salary problems are resolved.

This issue could force Barca to part with fringe players like Pjanic in order to raise funds and free up salary space.

As well as the Bosnian, Samuel Umtiti could be on his way out of the Nou Camp in a bid to play more first-team football.

“Both have very important careers, but didn’t get much playing time last season,” said Alemany.

“We know the situation and are evaluating the possibility of finding them another club. They are the first to be interested in finding a team where they can play more regularly.”

Spanish newspaper Sport (via Sport Witness) has claimed that Arsenal have joined the race for Pjanic.

The Gunners are looking for new midfielders after Dani Ceballos and Martin Odegaard both returned to Real Madrid to see if they can earn a place in Carlo Ancelotti’s side.

Matteo Guendouzi has departed for Marseille on loan, while Granit Xhaka and Lucas Torreira seem destined to leave the Emirates permanently this summer.

That leaves Mikel Arteta short in central midfield and they are one of several clubs ‘already negotiating’ a potential deal for the ex-Juventus man.

Elsewhere, the Gunners have announced that Emile Smith Rowe has signed a new long-term contract.

The 20-year-old youth product, who joined the club at the age of nine, made 33 first-team appearances during a breakthrough campaign last season.

As is club policy, the length of the new contract has not been made public but the news could put an end to speculation linking other clubs with the attacking midfielder.