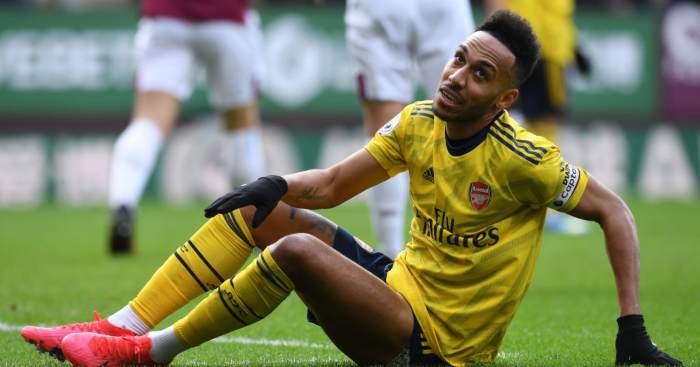 Barcelona technical secretary Eric Abidal says that Arsenal striker Pierre-Emerick Aubameyang is on their list of targets for the summer transfer window.

And now Abidal has admitted the club’s interest in Arsenal‘s Aubameyang as well as Chelsea’s Olivier Giroud and Napoli’s Fernando Llorente.

“There is a list with players like Giroud, Llorente or Aubameyang, but for one thing or another we decided not to sign. We believe it is the best for the club,” Abidal told Catalan newspaper Sport (via Sport Witness).

When pushed further on possible interest in Aubameyang specifically, Abidal added: “I know him. I do not have much to do beyond sports. He has a profile that has depth.

“He is important, and in his team he is decisive. It is good to bring this profile of player who can be in the market and can help you. We’ll see what will happen.”

And Abidal confirmed that the club will definitely be bringing in a striker this summer.

Abidal continued: “It is logical that in summer a ‘9’ will come. It is a necessity. We know that Suarez will come back strong, but you have to bring a top player in the summer.

“We do not know if it will be young or experienced. We only look at the talent and adaptation they may have. We must think that some top players have come and have not adapted well.”