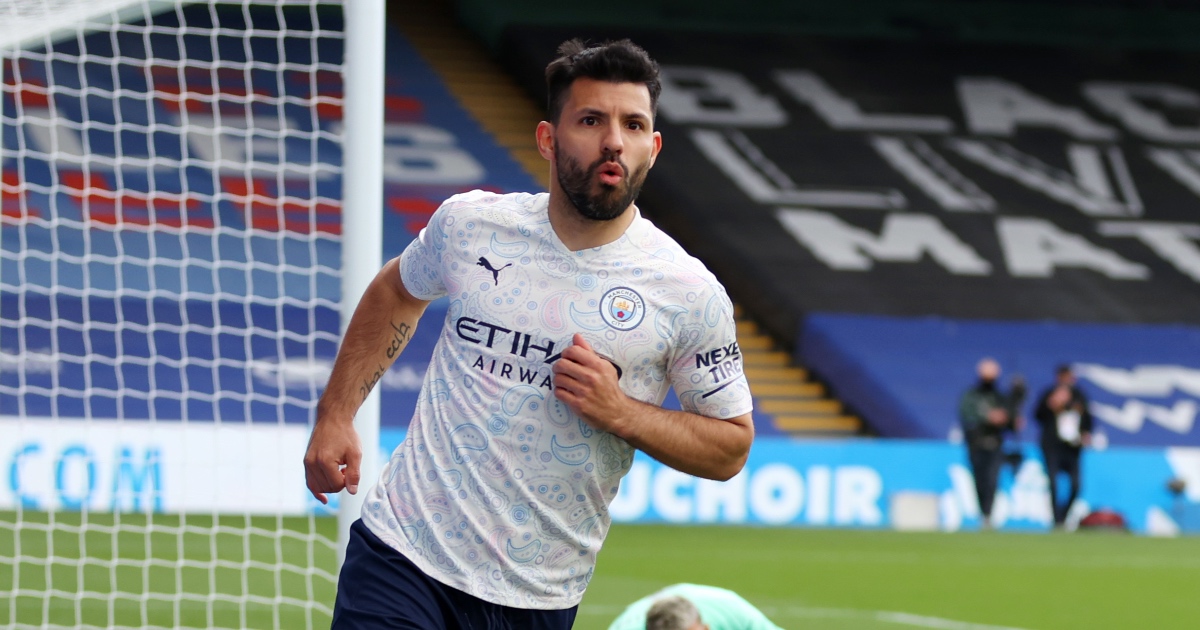 Barcelona have held initial discussions with the representatives of Sergio Aguero over a move for the 32-year-old, according to reports.

Aguero announced in March that he would be leaving Manchester City at the end of the season.

He’s since been linked with European heavy-hitters Paris Saint-Germain and Real Madrid, as well as Premier League rivals Chelsea.

But according to Sky Sports, Barcelona have taken the first step in signing Aguero. They’ve contacted Aguero’s agent and held initial talks with his team about the possibility of a move this summer.

They’re hoping to lure the player to the Nou Camp with the offer of appearing alongside Lionel Messi, his friend and Argentina team-mate.

Aguero is thought to be ‘desperate’ to play alongside the fellow legend, making a transfer even more likely.

The striker has had a troublesome final season at the Etihad which has been plagued by injuries.

He started the campaign with a knee problem and has since been affected by hamstring issues and coronavirus.

His first Premier League goal of the season came in the 3-0 victory over Fulham in March.

He bagged a brilliant opener in the recent 2-0 win against Crystal Palace by smashing a strike past keeper Vicente Guaita.

Pep Guardiola’s men reached the final of Europe’s elite competition by beating PSG 4-1 over two legs in the semis.

Signing Aguero would be a great piece of business for Ronald Koeman’s Barca. Their finances have been badly affected by the pandemic, forcing them to rely on free transfers this summer.

Aguero would massively boost their forward line and fill the void left by Luis Suarez.

The striker isn’t the only Premier League star who looks set for a switch to Catalonia.

Liverpool midfielder Gini Wijnaldum, 30, is on the verge of signing after running down his contract at Anfield.

In March, a deal was said to be ‘95% complete’, although it’s yet to be made official.

Wijnaldum has made 33 league appearances this term and scored two goals.