Home All The News Barcelona: Coutinho transfer ‘a bet that must be followed’ 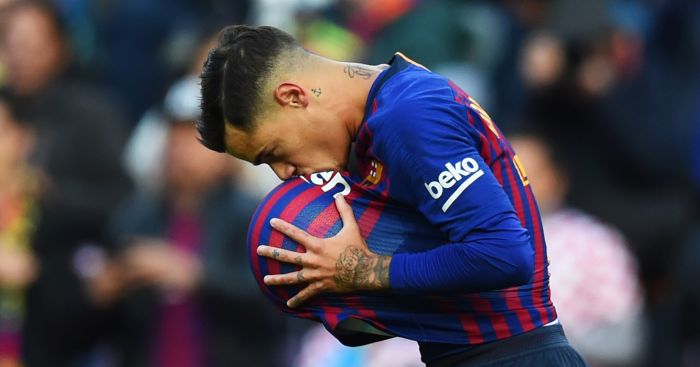 Barcelona trust in their “bet” to buy Philippe Coutinho from Liverpool in January 2018, according to club president Josep Maria Bartomeu.

Coutinho has not yet truly settled at the Camp Nou since joining 12 months ago, with manager Ernesto Valverde claimed to have ‘given up’ on the Brazilian.

There were rumours that Manchester United and Chelsea – who are thought to be preparing for the potential departure of Eden Hazard – were interested in Coutinho’s services in January, with the Brazil international’s former club Liverpool linked too.

Reports have claimed this week that Paris Saint-Germain have now entered the race for the 26-year-old in a fresh twist to the transfer saga – but Bartomeu has again poured cold water on rumours that Coutinho will leave.

“The club has taken another path, with (Ousmane) Dembele and Coutinho, it was a bet that must be followed,” Bartomeu said.

“They are the two biggest investments in the history of the club in signings and we trust 100% in this bet.”