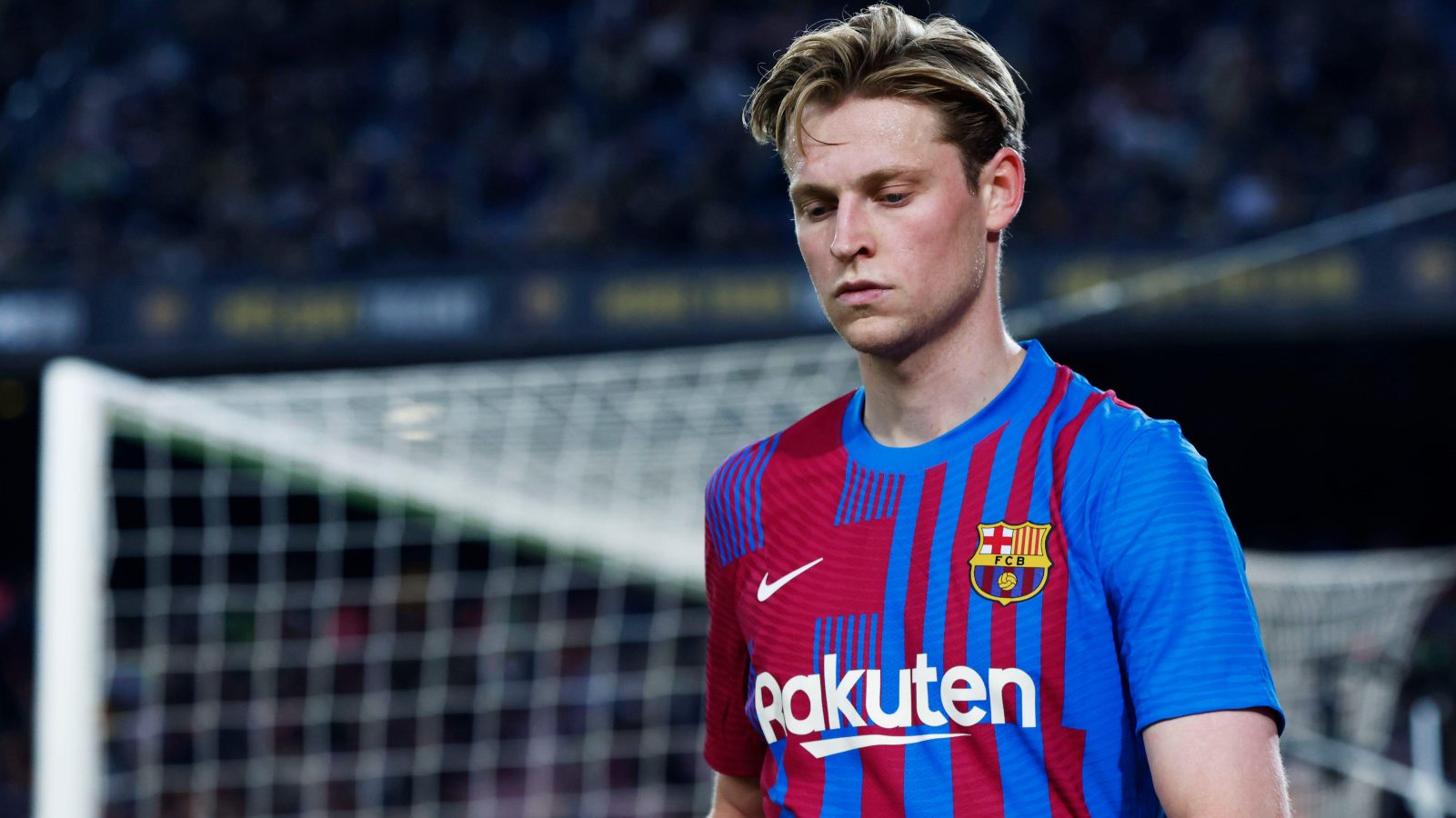 Barcelona have told Frenkie de Jong to leave the club for Manchester United as it ‘would be the best move for his career’.

A report on Thursday confirmed United have reached a full agreement with Barcelona to sign the midfielder.

The Red Devils have agreed to pay Barcelona a guaranteed fee of €75million (£63million) up front for de Jong with  €10million (£8.5million) in potential add-ons.

And now, according to The Athletic, Barcelona have told De Jong they want him to leave the club, as they need to balance their wage bill, which is causing complications when it comes to registering incomings like Raphinha.

The report says he Catalans are now working to convince the 25-year-old that moving to Old Trafford ‘would be the best move for his career’, insisting his departure is due simply to their economic strife.

The situation is complicated by Barcelona owing De Jong a deferred salary payment of €17million, with a further report claiming the Dutchman ‘wants the issue completely clarified, and if it is not done so to his satisfaction, he is content to defy any attempt to sell him and stay.’

The Athletic claim it’s unclear whether De Jong will travel with the Barcelona squad on their pre-season tour in the US, adding that the La Liga giants are desperate to get the deal signed as they’re aware ‘they know it won’t be there forever’.

“It’s going to come to the stage where Man United need to have some self-respect,” Agbonlahor said.