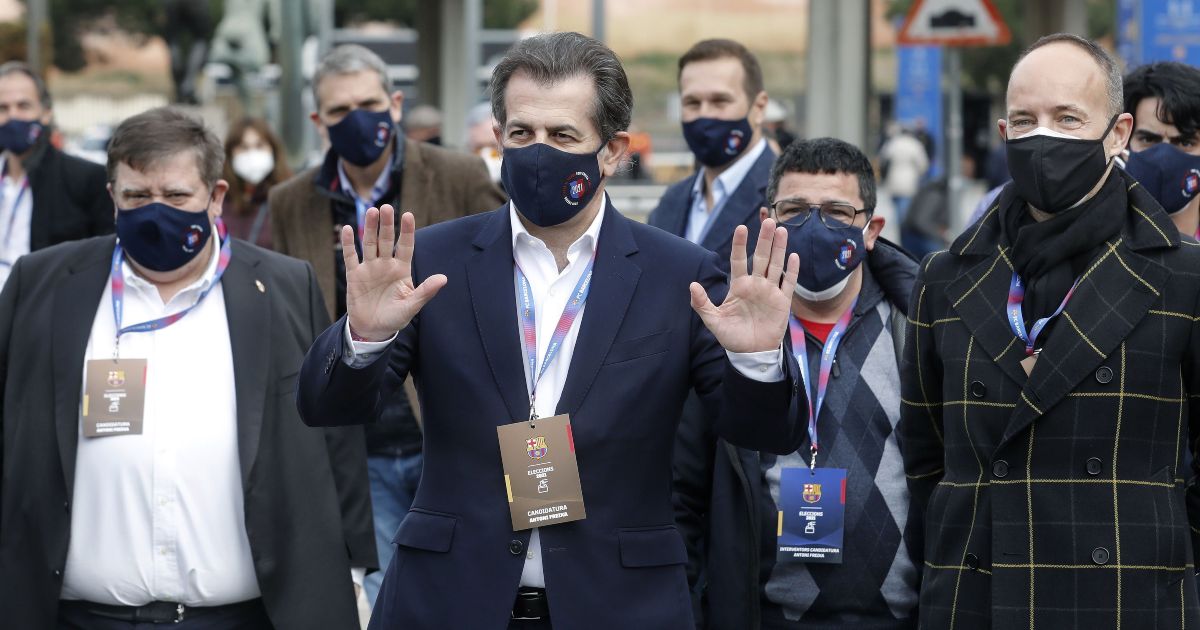 The Portugal international has scored nine goals in 12 matches in all competitions for the Red Devils this season despite the club’s recent struggles.

There have been some murmurings that Ronaldo could be impacting the team’s performances this season, while some pundits have suggested Ole Gunnar Solskjaer didn’t want to sign him.

But take his goals away this season and Man Utd would be in even bigger trouble with the club slipping to sixth in the Premier League following their 2-0 loss to Man City at the weekend.

There have been reports that Ronaldo could leave sooner than expected with Barcelona linked as potential candidates for his signature despite their financial woes.

And Freixa – who was a recent candidate to become president of the Catalan club – told La Poteria that Barcelona should pursue a move for Ronaldo.

“If there is a time to do this madness it is now,” said Freixa (via Sport Witness).

“I’ve heard some talk and the only way I can explain it, is it’s blasphemy, when I heard some people talking about Ronaldo’s the reason why Man United aren’t going to be a success,” Ferdinand told his Vibe with FIVE YouTube channel.

“Ronaldo turning up at Man United, and yeah it’s great, but he’s going to be the reason why they don’t do anything.

“Listen, I’ve been seeing too much of it, don’t talk like that. Please, it’s a disgrace. Absolute disrespect.

“A player that’s done what he’s done in the game, a superstar of any generation, he’ll be one of the best players in any generation you can think about, and even again he just told people at the weekend what he’s about here… pressure’s on [and] he scores.

“You play to people’s strengths sometimes, you can do that when you’ve got a superstar in your team sometimes for certain clubs.

“When you look at [Romelu] Lukaku, [Robert] Lewandowski, Karim Benzema… are they players, some of the best goalscorers of this generation.

“But we’re all talking about them like they’re great players. No one is questioning their work rate, their pressing ability.

“Let’s have it right, it’s got to be the same for someone like Ronaldo. It’s the bigger picture at United, the structure of the team, it was other things.”