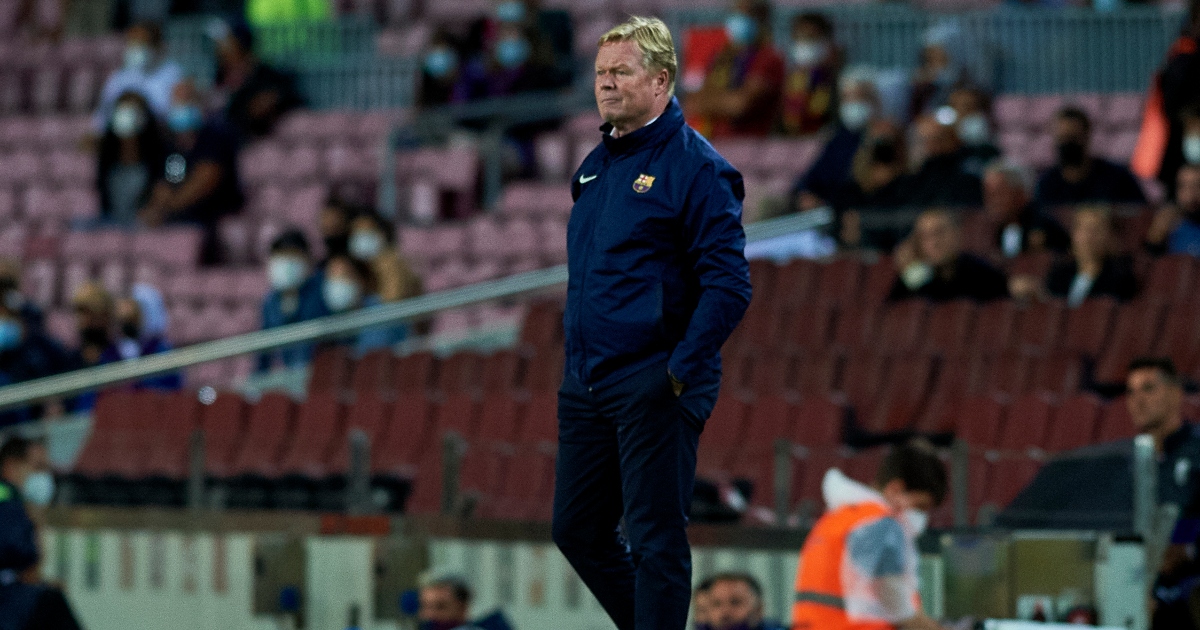 The Catalan club were held at home to Granada on Monday evening, scoring a late equaliser to draw 1-1 at the Nou Camp.

This result has added to the growing pressure Koeman is under, with Barcelona reportedly looking to sack their former player.

The 58-year-old is likely to be in charge of Barca’s trip to Cadiz on Thursday, but the La Liga giants are eyeing up potential replacements, according to ESPN.

The report claims club president Joan Laporta held an hour-long emergency meeting with his board of directors after Monday’s draw with Granada.

Laporta reportedly doubts Koeman’s suitability to continue his managerial role as pressure continues to grow on the Dutch legend.

However, there is a lack of alternatives which is preventing the club president from making a rash decision before the Cadiz match.

Laporta is keen to bring in someone to build a long-term project at the Nou Camp, as opposed to an interim basis.

Potential replacements are Roberto Martinez and Xavi Hernandez, who are both currently in managerial jobs.

Martinez, is of course, the Belgium national team boss and Xavi is in charge of Qatari side Al-Sadd.

Despite other reports claiming Koeman’s compensation is holding Barca back from pulling the trigger, the ESPN report states vice president Eduard Romeu said last week that money would not be a problem in terms of paying off the ex-Everton boss.

They were, however, dismantled in their Champions League opener at home to Bayern Munich.

The Catalan club face Cadiz before hosting Levante on Sunday. They then have two crucial games as they travel to Benfica in the Champions League and face La Liga champions Atletico Madrid at the Estadio Wanda Metropolitano.