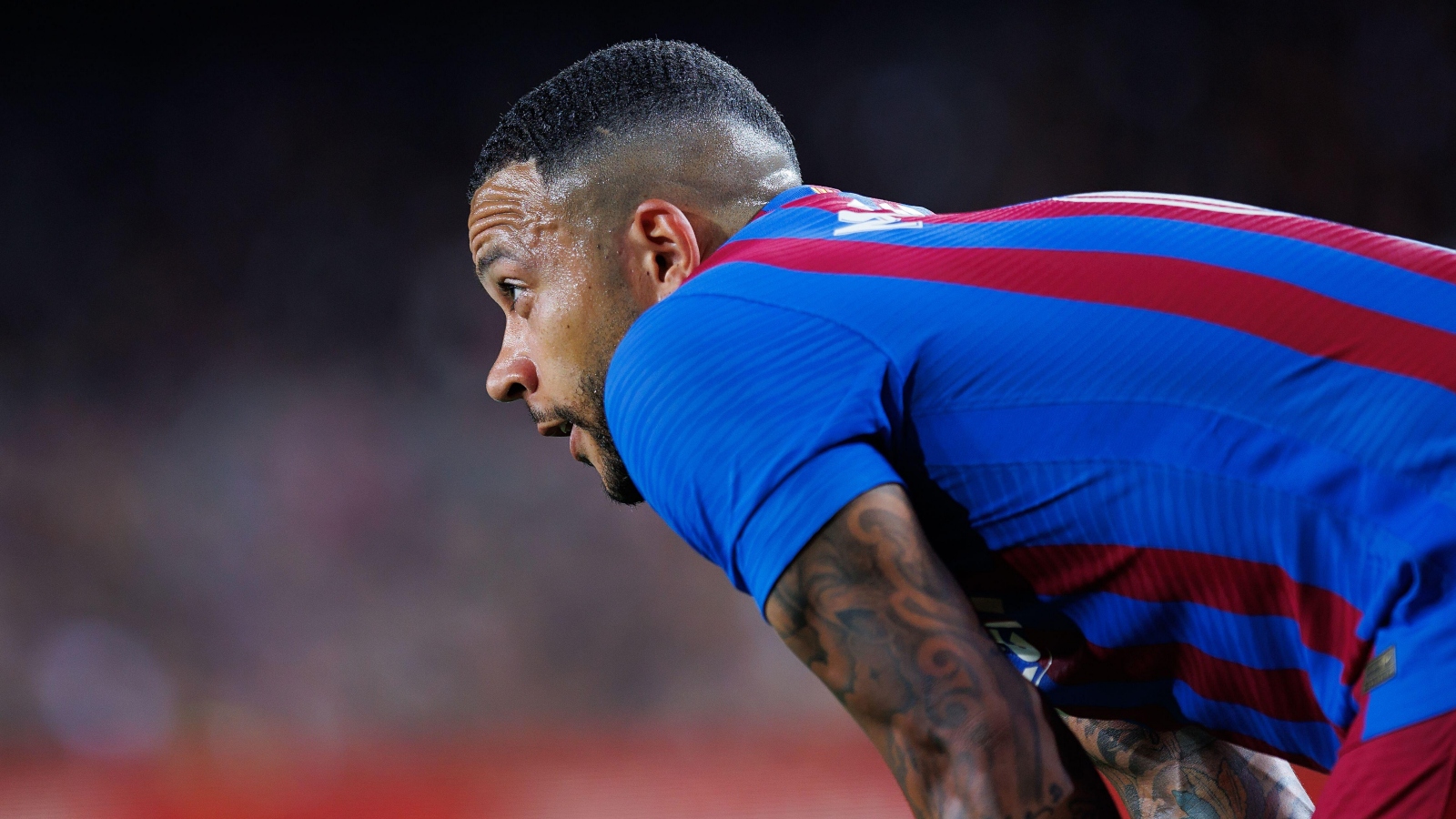 A ‘low ranked’ club in England have put an offer on the table to sign Barcelona forward Memphis Depay, according to reports.

Depay joined the La Liga giants on a free transfer from Lyon last year. He only penned a two-year deal so is available on a free again in 2023.

The 28-year-old has a superb record for his country, netting 42 times in 80 appearances for the Netherlands.

Barcelona are notably strapped for cash and in a colossal amount of debt, so they are open to selling certain first team players in order to raise funds.

Midfielder Frenkie de Jong’s move to Manchester United appears to be imminent, with the Catalan club receiving €60m plus add-ons as well as saving a large sum of money on the player’s salary.

Another player the club are reportedly open to selling is Depay.

According to Spanish journalist Gerard Romero (via Football Transfers on Twitter), a ‘low ranked’ Premier League club have made an offer worth €23m.

Selling for a fee in this region is certainly a possibility for Barcelona, though the Dutchman is not ‘too keen’ on completing this particular transfer.

Arsenal have been linked with a move for Depay, but they would not fit the bill as being ‘low ranked’.

Newcastle have also added the player to their shortlist, reportedly, and given the funds available to Eddie Howe, they can not be ruled out.

Elsewhere, Brentford have struck an agreement over the permanent signing of Bologna defender Aaron Hickey for £14m plus add-ons, according to Fabrizio Romano.

Hickey has been linked with a host of Premier League clubs, including Newcastle, Arsenal and West Ham, but has agreed a five-year contract with the Bees.

The versatile defender recently turned 20 years old and has four caps for Scotland after making his debut in March.