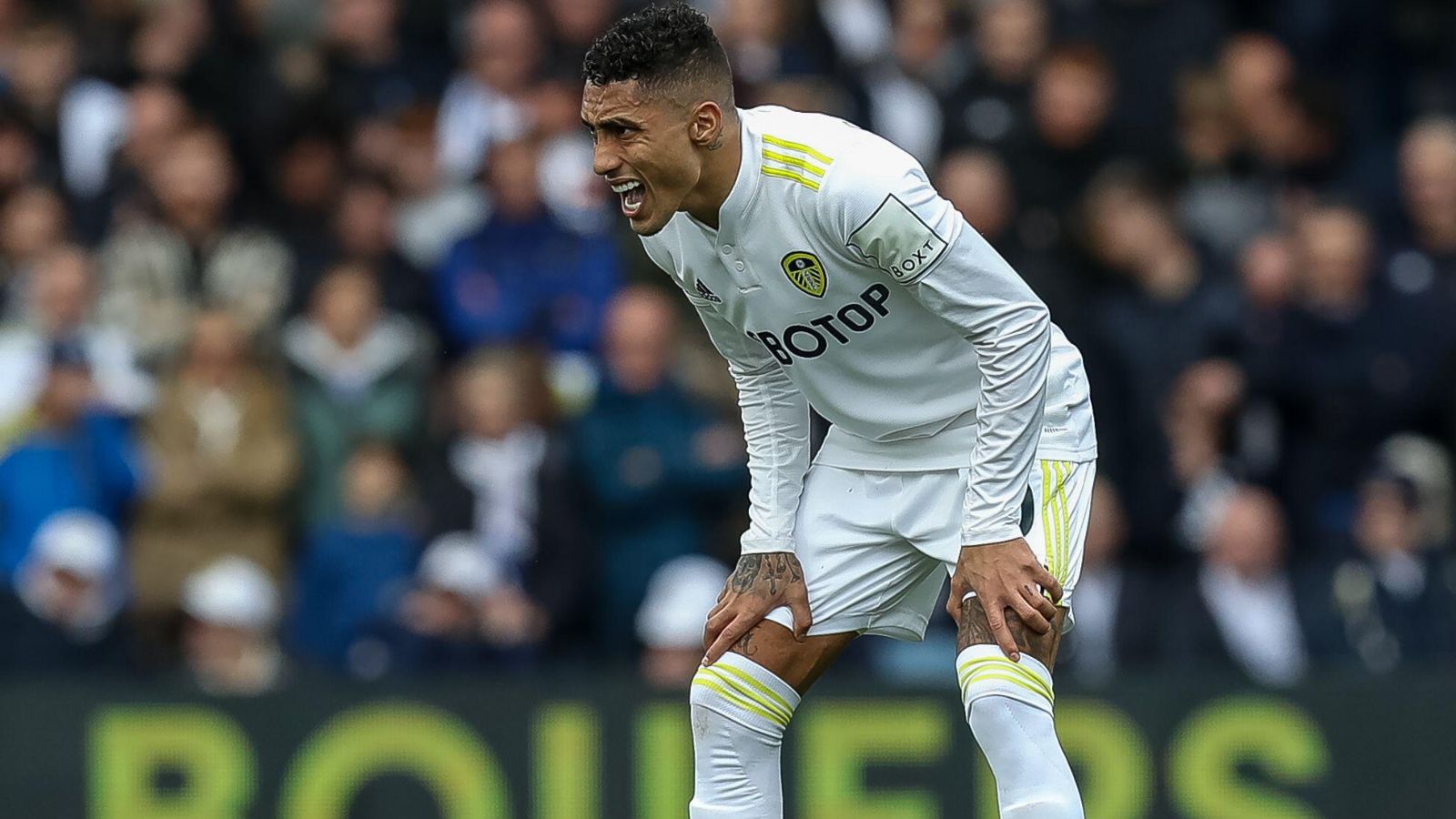 Raphinha made the move to Leeds from French side Rennes ahead of the 2020/21 season. They splashed out around £17m to sign him.

The Brazilian has shone for the West Yorkshire side over the past couple of years. He has grabbed nine goals and three assists from his 28 Premier League outings this term.

16th-placed Leeds are currently eight points clear of the bottom three but teams below them have games in hand.

Barcelona appear to be leading the chase to sign Raphinha this summer. Ronaldinho is of the belief that his compatriot would suit Spanish football:

“I would very much like him to come. He has a lot of quality,” Ronaldinho told Sport.

“He would fit in very well with Spanish football due to his playing characteristics.”

The English midfielder has been excellent for the West Yorkshire club in recent seasons and has attracted interest from numerous Premier League clubs.

Arsenal, Manchester United, Manchester City, Liverpool, Tottenham and Aston Villa have all been linked with the 26-year-old. He is valued at £45m, as per Transfermarkt.

Leeds are currently seven points above the relegation zone as they prepare to face Southampton on Saturday afternoon.

If the Whites go down they will struggle to keep hold of Phillips, who will be fighting to retain his place in Gareth Southgate’s England squad following a lengthy injury absence.

Former Arsenal striker, Wright, believes he will be highly “sought-after” in the summer transfer window, saying that Phillips will want to leave in pursuit of silverware.

“A lot of big teams need a player in that position,” Wright said on The Kelly & Wrighty Show (via MOT Leeds News). “He’s a sought-after player.

“Phillips doesn’t strike me as a player who wants to play for Leeds. He wants to win things.

“Leeds need to start putting things in place where they’re challenging for Europe for the likes of him and Raphinha to stay but I think Raphinha will leave [this summer].”