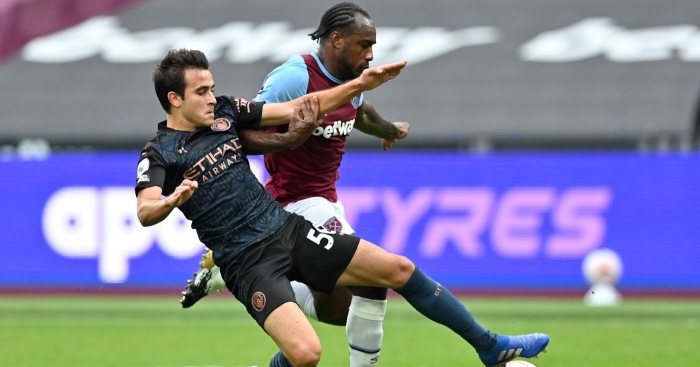 Garcia was heavily linked with a move during the summer, but City held firm to keep their man.

The 19-year-old came through Barca’s famed La Masia academy and is thought to be interested in a move.

According to ESPN, Barca will return in January with an improved offer for Garcia.

City originally asked for around £30 million for the Spaniard, which would’ve involved a £20 million initial fee and £10 million in add-ons.

Barca didn’t want to spend that much, which meant negotiations lasted until deadline day.

Once the deadline passed, it was thought that their interest had cooled.

However, it now looks like they will target the centre back once again during the next transfer window.

A potential bid will depend on the new club president. Josep Bartomeu resigned recently ahead of a move to remove him by the fans.

The new president will likely make the decision over whether to sign Garcia. He remains one of their top targets defensively and is seen as a long term replacement for 33-year-old Gerard Pique.

Garcia was one of the jewels in Barca’s academy crown when he left as a 17-year-old.

The player had captained pretty much every team he had played for with the club and was tipped to break into the first team.

Since joining City in 2017, he’s featured 27 times and scored one goal under manager Pep Guardiola.

Garcia is set to play a part as City travel to Sheff Utd in the Premier League this weekend.

They’ll be hoping for a victory to push them up the table. They currently sit 13th after five matches, with a game in hand.