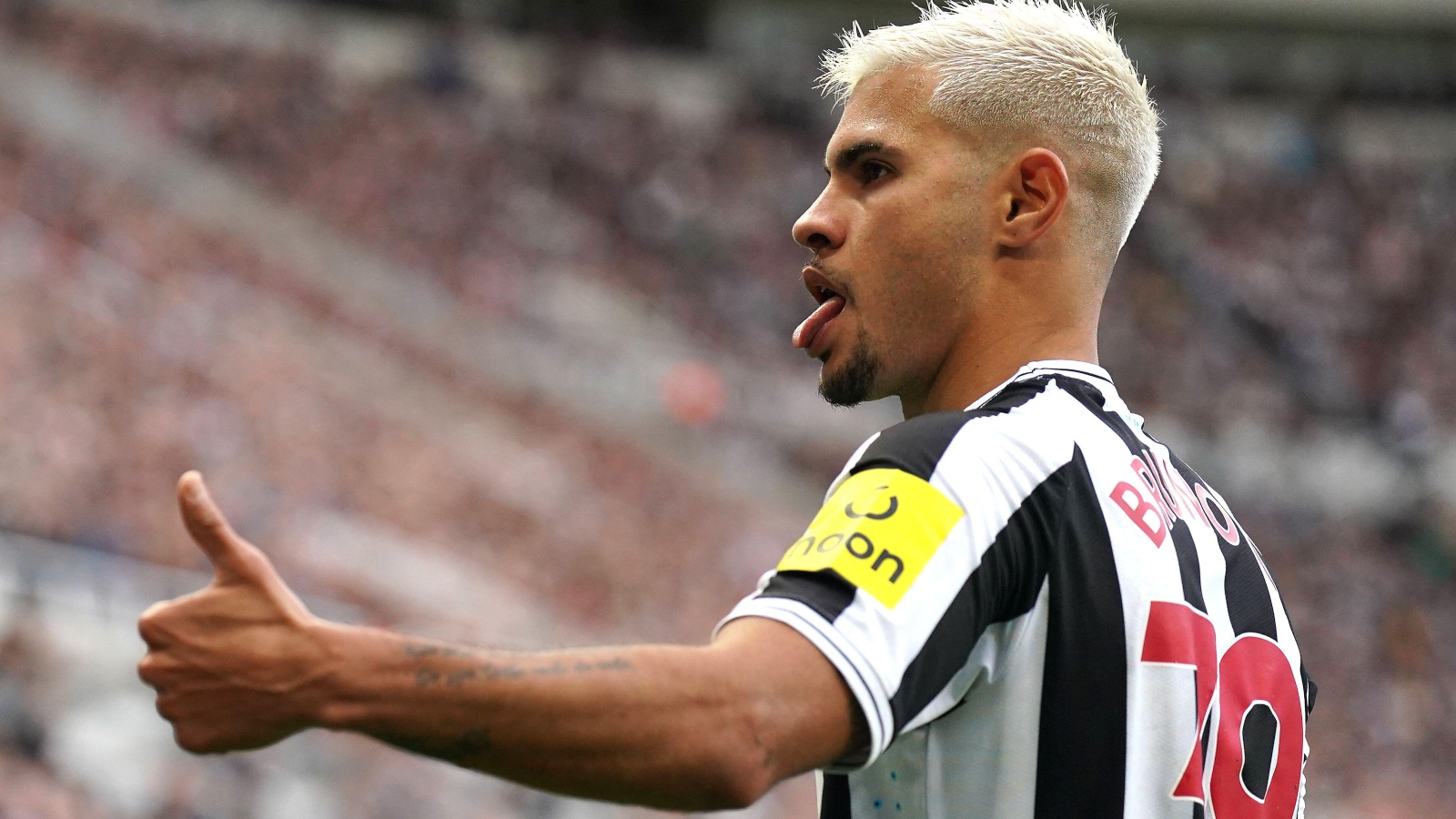 The Brazilian midfielder joined the Premier League club from Lyon in January and has been absolutely spectacular.

After failing to immediately earn a starting place under Eddie Howe, Guimaraes is now arguably the first name on the team sheet.

His terrific performances have not gone unnoticed, with a host of top sides believed to be interested.

Newcastle are obviously minted and do not need to sell the former Arsenal target.

They are in fact prioritising offering Guimaraes a new contract, according to Fabrizio Romano.

The 24-year-old seems very happy to be at Newcastle and it is unexpected that he would push to leave, even with the likes of Manchester City and Real Madrid said to be interested.

The project at St James’ Park is a very exciting one and they already look ahead of schedule, with their 4-0 win against Aston Villa on Saturday leaving the Geordies fourth in the Premier League.

Eddie Howe is doing a terrific job and knows that Guimaraes is a huge reason for the club’s success.

According to 90min, Howe considers the Brazilian ‘priceless’, with the club only listening to offers worth ‘over £100m’, although they will probably still be rejected.

The Geordies are apparently relaxed over Guimaraes’ future despite interest coming from elsewhere.

And another team now in the race to sign him is Barcelona.

This is according to The Sun, who say the Catalan club have ‘given up’ on their pursuit of Manchester City’s Bernardo Silva and have now turned their attention to the Newcastle midfielder.

Silva will probably be cheaper than Guimaraes, so that doesn’t make too much sense.

Barcelona tried to sign the Portuguese playmaker in the summer but were unsuccessful in doing so.

Newcastle sporting director Dan Ashworth has said he has no intention of selling Guimaraes.

“Absolutely I do not want to sell Bruno,” he said.

“He is a top player and a really important part of this journey.

“Again, I go back to, we try to manage our talent properly, we try to give them the part of the journey, part of the vision, part of building something and the connecting with the city and the supporters you’ve seen.”

And the player says he feels at home in the north east.

“The experience I’ve had here has been amazing. Yes, sometimes it can be difficult to leave the house because everybody recognises me!

“But they [the fans] are always so friendly, so loving, not just with me but with everyone in my family.

“It’s always nice when there are teams looking at you, but my plan is just to do my best at Newcastle. The rest, I leave with my agent.

“I have three or four years of contract left. It’s so long. I swear I’m not thinking about other things.

“My focus now is just on Newcastle and the World Cup. There is a long way to go.

“I love playing here, I love to bond with the fans, and I want to become a legend here.”

READ NOW: How soon will Newcastle United force talk of a Big Seven in the Premier League?