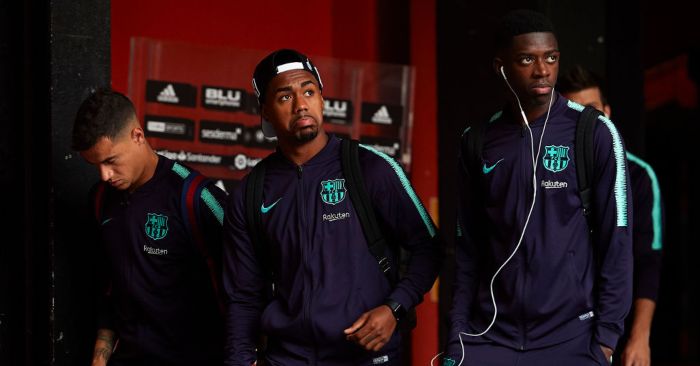 Barcelona have again teased the prospect of European clubs swapping players instead of making outright signings this summer.

While many clubs are still being linked with £70m deals despite the ongoing global pandemic crippling football’s finances, Barcelona have led the way in terms of publicly embracing the idea of player swaps.

Vice-president Jordi Cardoner has become the latest figure at the Nou Camp to discuss the situation.

“It will be part of the game,” he told ESPN. “This is the way things will happen for next season in European clubs.”

Cardoner even mooted the idea of three clubs being involved in one overall deal, with each swapping one player between them to facilitate the moves.

Club president Josep Maria Bartomeu said “we are going to see a lot more swap deals” last month, adding that “there is not going to be as much money in the transfer market because of the pandemic”.

Barcelona have reportedly gone as far as to offer Tottenham the choice of three players in exchange for Tanguy Ndombele, while negotiations with Manchester City and a swap between Nelson Semedo and Joao Cancelo are underway.

Other players available for swaps at Barcelona include the club’s two most expensive signings ever: Philippe Coutinho and Ousmane Dembele.

They could both be offloaded alongside Ivan Rakitic as Barcelona seek to refresh their squad.

The current Spanish champions are known to want a new centre-half and combative midfielder, although interest in both Lautaro Martinez and Neymar is likely to be abandoned in light on the current situation.

Any chance of these five possible swap deals actually happening, then?