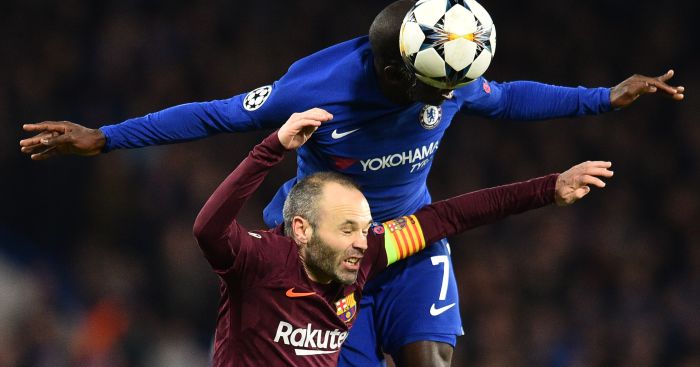 Barcelona legend Andres Iniesta has hailed N’Golo Kante as “the centrepiece of Chelsea” and someone he would love to work with.

The last campaign under Conte did not go to plan as Chelsea finished fifth in the league but he rounded off the season by winning the FA Cup and then the World Cup with France.

And Kante has drawn praise from Iniesta, who is currently playing for Japanese club Vissel Kobe, and would have loved to play alongside the France international.

“He’s a player I’d like to have had in my team for many years,” Iniesta told RMC Sport.

“He’s not going to come to Japan, but he’s definitely a player I love because of the work he does on the field and the confidence he has in his game.

“His mastery makes him the centrepiece of Chelsea and the France national team.”