Another Jadon Sancho alternative emerged on Tuesday with a report in Spain adding more details... 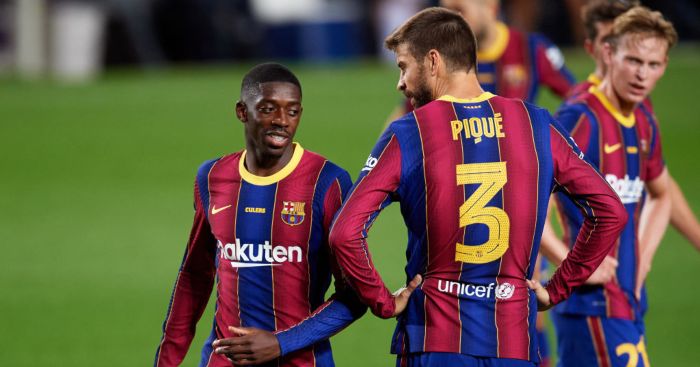 Barcelona are ready to consider bids from Man Utd for their forward Ousmane Dembele, according to reports in Spain.

Jadon Sancho has been consistently linked with a move to Man Utd, however that deal seems to have reached an impasses with the Red Devils now looking for alternative options in the transfer market.

One name that has emerged as a possible option is Dembele, who has struggled with injury issues at Barcelona following his €105m move from Borussia Dortmund in the summer of 2017.

On Tuesday, the Daily Record claimed that Man Utd have proposed a season-long loan deal for the Frenchman, while the Catalan giants want him to leave permanently.

The report added that the Red Devils have ‘progressed talks’ over a deal for Dembele with executive vice-chairman Ed Woodward speaking to Barcelona chiefs about the viability of a move.

And now AS (via Sport Witness), who touch on the Daily Record‘s report, claims that – after failing to land Ansu Fati or Gareth Bale – United will pursue their ‘plan D’ option of Dembele.

And Barcelona would consider offers from the Red Devils if the ‘proposal is real’ due to his poor displays and injury record.

On a different note, Sport Witness say that another Spanish publication, Mundo Deportivo, reckons that Ronald Koeman is ready to give Dembele more playing time and that the Dutchman wants him to stay.