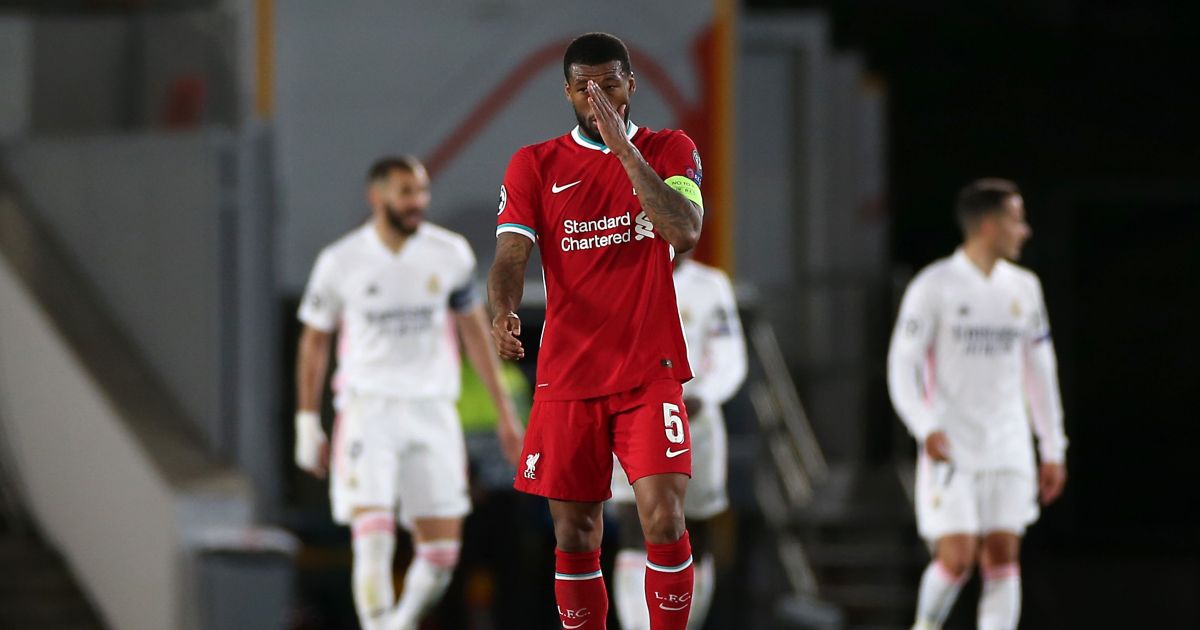 Wijnaldum has been heavily linked with a move to the Catalan giants this summer with his contract at Anfield running out at the end of the season.

The Netherlands international has been a key cog in Jurgen Klopp’s side that has won the Premier League and Champions League in recent times.

However, there have been rumours he is ready for a new challenge with Liverpool not willing to offer him the length of contract that he wants.

Chelsea recently joined the race for Wijnaldum’s signature as Thomas Tuchel believes he could form a great partnership in midfield with N’Golo Kante.

And now a ‘Top Secret’ report in Mundo Deportivo (via our friends at Sport Witness) claims that there is a consensus in the Barcelona dressing room that they would prefer to sign former Barcelona star Neymar from Paris Saint-Germain over Wijnaldum and Memphis Depay.

Depay, who plays for Lyon, was another target for Ronald Koeman last summer but moves for the Dutch duo didn’t materialise.

It is understood that the Barcelona squad is ‘still waiting’ and ‘dreaming’ of the day Neymar returns to the Camp Nou as they see him as a ‘great help’ in their quest to win future Champions League titles.

Speaking at the beginning of March, Wijnaldum admitted that he would be “devastated” if he couldn’t play with his Liverpool team-mates after this season.

Wijnaldum said: “There is no news as it is right now. I would like it if I come with news, all I can say is I’m really happy with the club, with the team, staff and the fans for who I play. It is not that I’m not happy or that I have to leave or something like that.

“It’s not as easy as everyone thinks it is to make some decisions about your future, you have to think about everything and then first negotiate with the clubs and it’s so difficult and it’s why it takes so long, also I think the situation we’re in right now means its not the most important thing.

“That is getting back on track and winning games and then we will see. I’m happy with the fans, the team, the staff, beside that there is no news.

“[It is] Really difficult because if that happens you leave a team who you really love, a team you share a lot of years together and where you feel really comfortable.

“It will be difficult but you don’t know the situation, why you have to leave it always depends on the situation. But I would be devastated that I don’t play with this team anymore, that is for sure.”