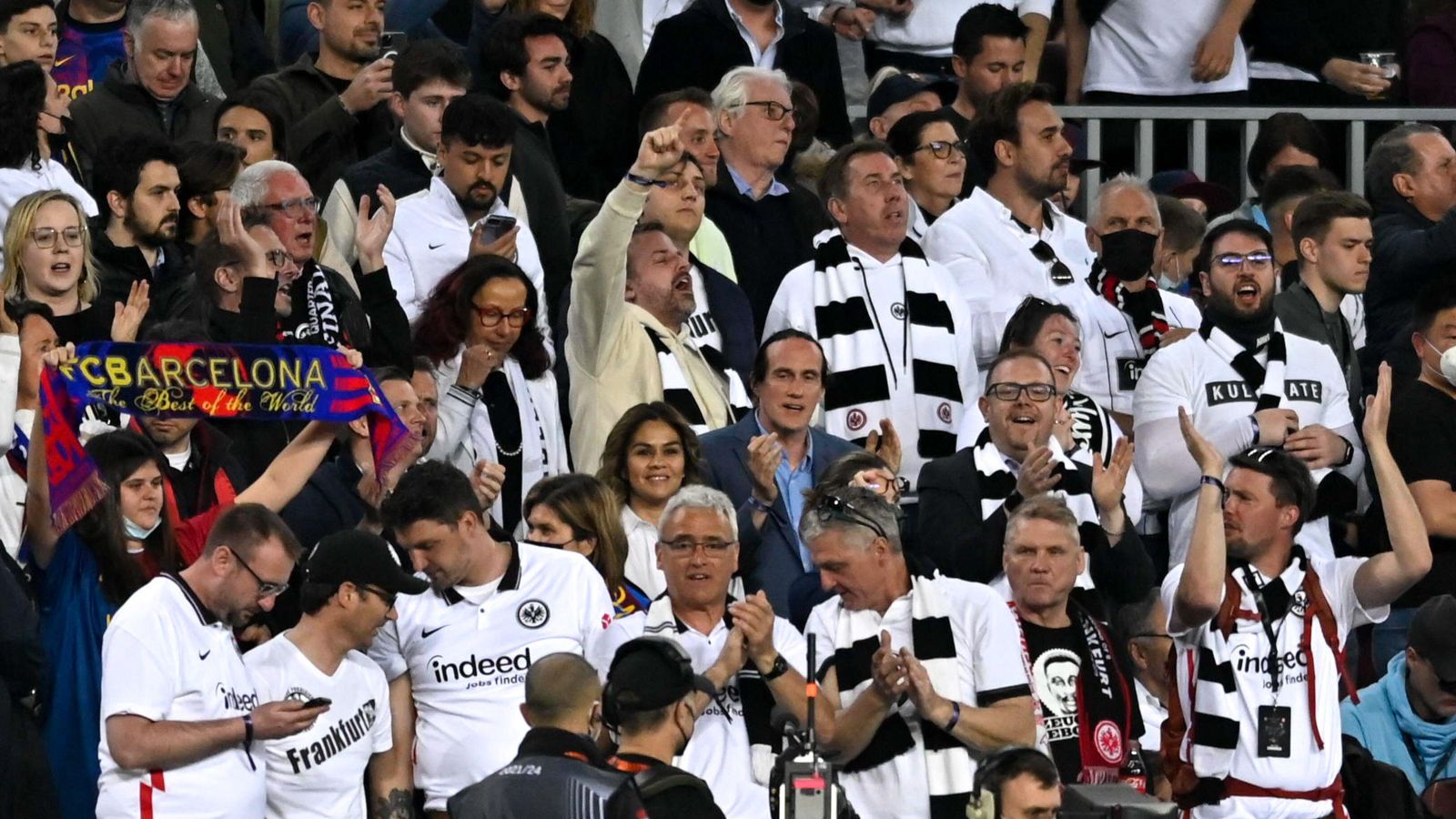 Barcelona were left fuming after a reported 20,000 Eintracht Frankfurt fans took over the Nou Camp as the Spanish giants exited from the Europa League at the quarter-final stage.

“What is clear is that it is an error, a calculation error, a planning error,” said Barcelona coach Xavi. “It is very clear that playing at home, this can’t happen to us.

“I thank the Barcelona fans who have cone and encouraged their team a lot; it’s a pity that we can’t give them victory and qualification for the semi-finals.

Hammers make their mark in an extraordinary European week

Ronald Araujo added to Movistar+: “I’m surprised there are so many German fans in the stadium. The club will have to look at that.”

Later, club president Joan Laporta said: “We are worried about the fact that today a big shame happened which can’t happen again. We have a large part of the information at hand of what happened, we need to time to process this and we will take the appropriate measures but it’s shameful what happened.”

30,000 Eintracht Frankfurt fans marching through Barcelona on their way to the Camp Nou. All in white.

The bigger shame was surely that Barcelona lost 3-2 at home to Eintracht Frankfurt to exit the Europa League, though Xavi played down the ‘failure’ as his club are now second in La Liga after an excellent run of form.

“We have not played in the best way, we have not been well,” he said. “They have gone well against us and have scored a great goal with a silly loss of ours. Blow after blow. It is a very big disappointment. It’s a shame because we had hopes in this competition.

“Eintracht must be congratulated. They deserve it. We didn’t know how to generate chances despite having control of the ball.

Filip Kostic’s fourth-minute spot-kick opened the scoring at the Nou Camp and Rafael Borre extended their lead with 36 minutes on the clock.

A second for Kostic had the Germans in dreamland and although Sergio Busquets and Memphis Depay (penalty) scored in added time, it could not prevent a painful loss for Barcelona.