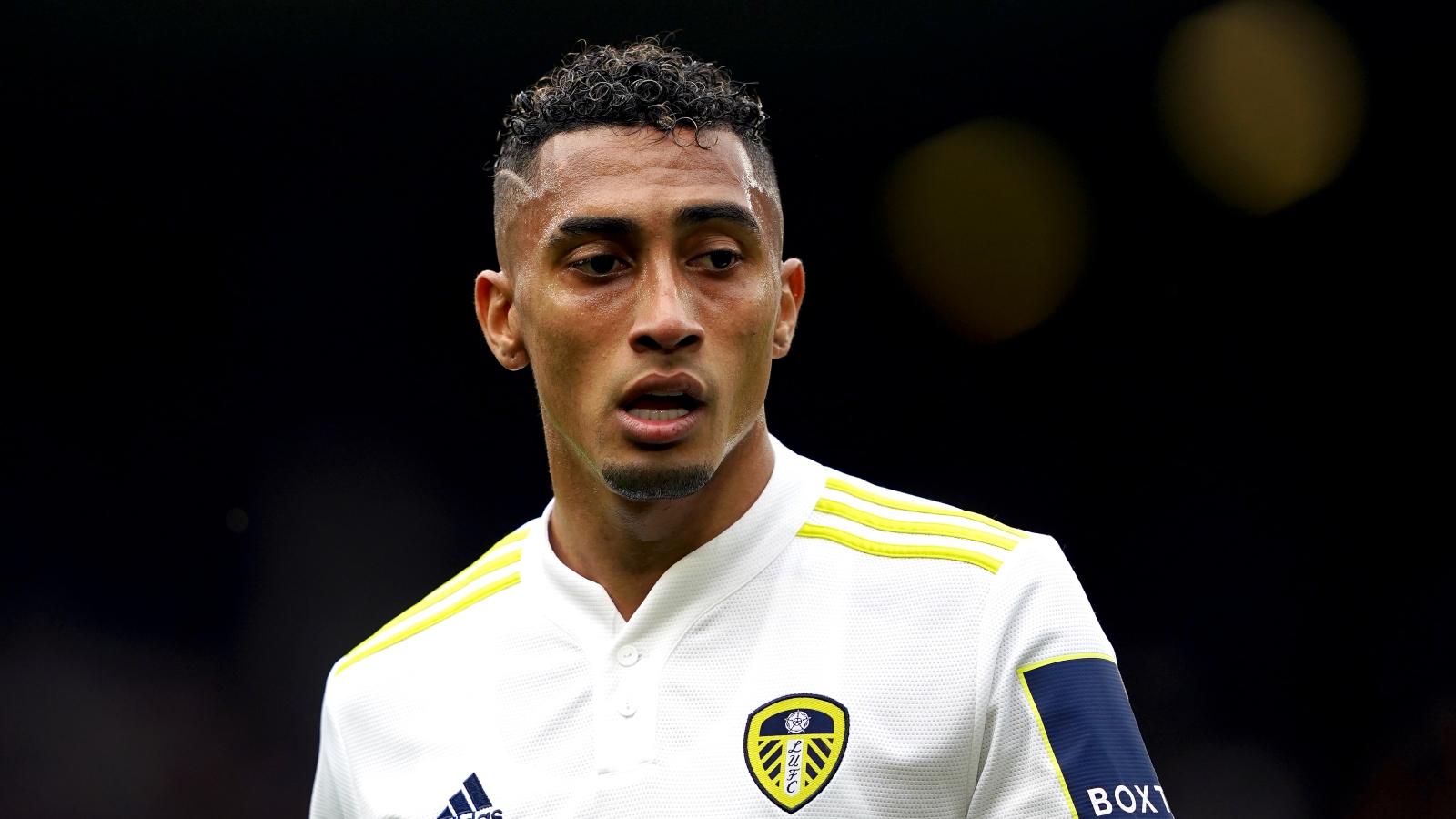 Barcelona have reportedly agreed personal terms with Leeds winger Raphinha, with the two clubs yet to agree on a transfer fee.

Raphinha joined the West Yorkshire club in 2020 after they were promoted back to the Premier League.

He has been terrific since moving to England. Last season the 25-year-old scored six goals and provided nine assists as Leeds finished ninth in the league.

His fine form, while Leeds struggle, has sparked interest from numerous sides, with Liverpool and Barcelona both keen on the Brazilian.

Earlier this week it was reported that the Premier League club turned down a €35m (£29m) bid from Barca.

And now Mundo Deportivo (via HITC), say that the club and player have reached an agreement, with Leeds looking for £50m to let him leave.

Barca coach Xavi is eager to include incentives or a player swap in order to drive down the price.

The same source also claim that Leeds are interested in signing Oscar Mingueza, who has made 15 La Liga appearances this campaign.

Mingueza is a versatile defender and it is believed that Jesse Marsch’s side have already ‘made contract’ with him.

Their interest can only be a good thing for the Catalan club as they potentially look to include the 22-year-old Spaniard in a deal for Raphinha.

Elsewhere, Luke Shaw believes that England captain Harry Kane is the best striker in the world after his winning goal against Switzerland.

Having won the Golden Boot as England reached the semi-finals of the 2018 World Cup, Shaw believes Kane will now have his eyes on the same prize this time around.

“I don’t see why not,” the Manchester United full-back said.

“For me at the moment, the way he’s playing, he’s one of the best strikers in the world, probably the best. So hopefully you can keep that form up, keep it going.

“He’s showing it week in week out at the moment and it’s a joy to watch. Long may that continue and I’m sure he will be hunting another Golden Boot and all the other records.”