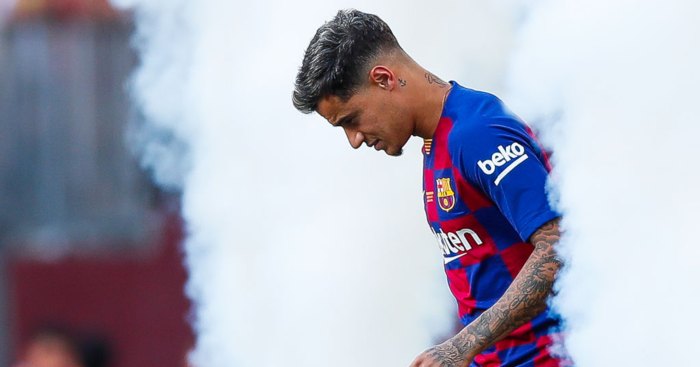 Barcelona have made a number of players ‘available’ for possible swap deals this summer, including three Man United targets.

It has long been claimed that Barca were one of the leading European clubs in terms of engineering a swathe of player exchanges in the next transfer window.

The Spanish club were said to have made just three players ‘untouchable’, with the rest used as potential makeweights in other deals.

The Daily Telegraph confirm that Philippe Coutinho and Ousmane Dembele, their two most expensive signings ever, are ‘available’ for rival clubs to target.

No particular sides are mentioned but Man United have shown an interest in both previously. Coutinho was linked as recently as last month while Ole Gunnar Solskjaer apparently shortlisted Dembele in September.

Midfielder Arthur Melo could also be used to tempt other clubs into business, with Tanguy Ndombele a reported target at the Nou Camp, although the Brazilian is ‘determined’ to make a success of his Barca spell.

Another player who will be made ‘available’ is Ivan Rakitic, who was a reported Bruno Fernandes alternative for Man United in January.

Jean-Clair Todibo could also be offloaded amid Premier League interest as Barca work towards bringing Neymar back from PSG, while also keeping an eye on developments regarding Lautaro Martinez.

One deal that could feasibly go through is a swap between right-back Nelson Semedo and Manchester City struggler Joao Cancelo.

Semedo is another player that has been offered to Tottenham in a swap for Ndombele, whose future in north London – and in football in general – is uncertain.