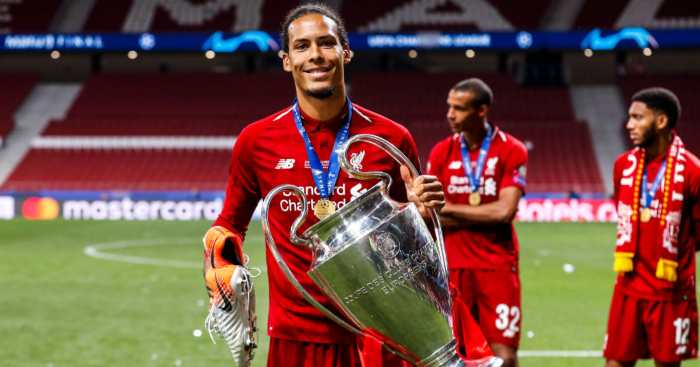 Barcelona have ‘made enquiries’ into the availability of Liverpool defender Virgil van Dijk, according to reports.

The Netherlands international signed for Liverpool in January 2018 in a £75million deal to become the club’s record signing.

The Reds fell just a point short in their quest to end a 29-year Premier League title drought, but did capture a sixth European Cup by beating Spurs in Madrid.

Van Dijk has been a huge part of Liverpool’s success this term, rising to prominence as one of the best defenders in the world since his arrival from Southampton.

He penned a five-and-a-half-year back in 2018, and despite the fact he still has four years of that let to run ESPN claimed at the beginning of June that he is keen on further extending his stay.

However, Daily Mirror journalist John Cross claims that Barcelona have been sniffing around Van Dijk following his superb season at Anfield.

He starts off in his column: ‘Do not expect it to happen for a moment.’ We feel a ‘but’ coming…

‘But Barcelona made enquiries about whether Virgil van Dijk could be tempted to leave Liverpool – and were quickly given short shrift by the Dutch defender’s representatives. They did not bother taking it further.’