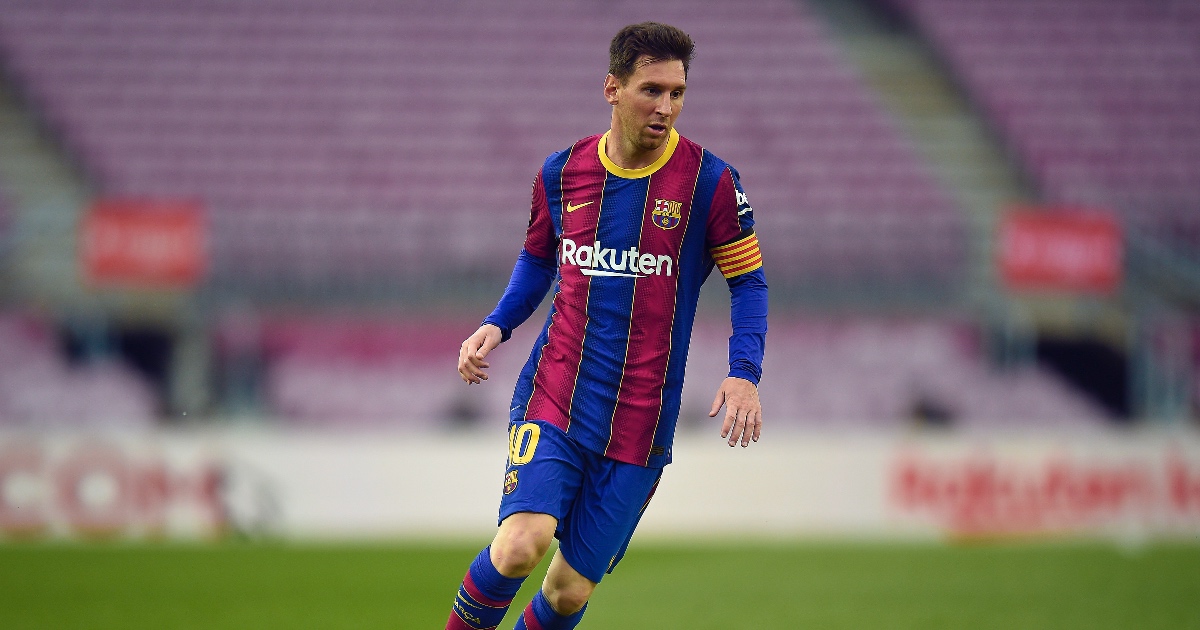 The Catalan giants are struggling financially due to the impact of the coronavirus pandemic.

So far during the transfer window they’ve had to rely on free signings to bolster their team.

Sergio Aguero and Memphis Depay are among those who have joined Ronald Koeman’s squad, although they missed out on Netherlands midfielder Gini Wijnaldum.

Tebas has told Barca to offload players to reduce their wage bill.

He said (via ESPN): “Barcelona have exceeded their wage cap. I hope they can keep Messi, but to do so, they will have to make cuts elsewhere.”

Prior to the pandemic, Barca’s wage cap stood at €671million and was the largest in Spain.

La Liga introduced a new limit of €382.7million for the recent campaign. Barca were allowed some time to get their bill down, but it now seems they will have to make drastic cuts.

Club president Joan Laporta is determined to tie Messi down to fresh terms.

The forward remains far and away their most important player, despite reaching the twilight years of his career.

The Argentinian playmaker also received an incredible 22 man of the match awards, testament to just how good he still is.

Messi has been linked with Paris Saint-Germain and Manchester City in recent months, as they’re the only two clubs that can afford his wages.

However, Barca are close to announcing a new deal for the 33-year-old and will therefore end any rumours of a Nou Camp exit.

Numerous players are in line to be sold by Barca as they look to make up the remaining funds.

Francisco Trincao is a promising Portuguese winger that could leave Spain in the coming months.

He made 28 appearances in the season just finished but will see his game time reduced next term due to the arrival of Depay.

Miralem Pjanic is also rumoured to be considering a Juventus return.

The Bosnian international spent four years in Turin before joining Barca in a swap deal with Arthur Melo.

Ousmane Dembele has caught the attention of Manchester United. The winger has had a troublesome time in Catalonia and could move to the Premier League for a heavily reduced fee.