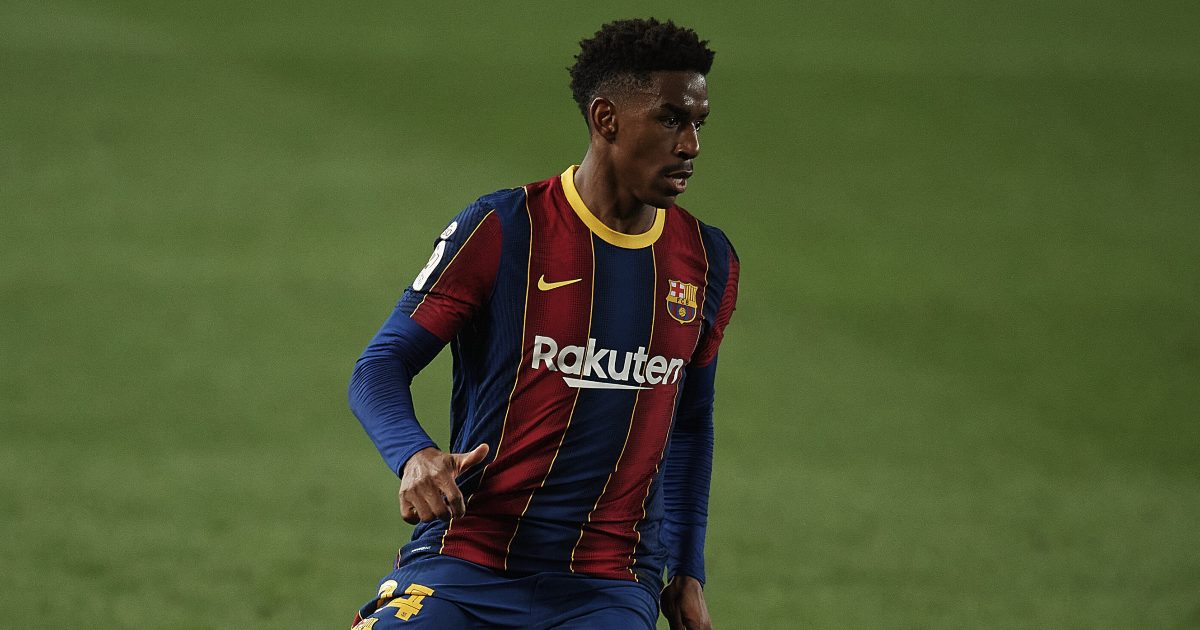 Barcelona defender Junior Firpo is keen to move to AC Milan while his club would prefer him to join West Ham or Southampton, according to reports.

Firpo made his debut in senior football with La Liga outfit Real Betis. He made 43 appearances for them between 2018 and 2019.

His form for Betis tempted Barcelona to bring him in ahead of the 2019/20 campaign. The Spanish giants spent €18m to sign him. This deal included €12m more in potential add-ons.

Firpo has only been a bit-part player for Barcelona since his move. He has only been able to tot up 24 La Liga appearances across the last two seasons. Of these, only 14 came as part of their starting XI.

The full-back has been linked with a move away from Barcelona. West Ham and Southampton are both interested in him.

Firpo’s contract expires in 2024 but Ronald Koeman’s side are willing to let him leave during the summer window.

Spanish outlet Catalan daily Sport (as cited by Inside Futbol) are reporting that Barcelona would prefer the defender to make a move to the Premier League.

This looks unlikely though as Firpo wishes to join Serie A outfit AC Milan. They add that both Barcelona and AC Milan are keen to come to an agreement for Firpo that works for both parties.

Elsewhere, Kevin Campbell has suggested that James Tarkowski’s move to West Ham is “set in stone” this summer:

“I think that one is probably set in stone.

“Moyes will strengthen that West Ham backline. He knows if he wants to stay up in those European spaces that he needs to get his defence right.

“I think it was the defence which let them down towards the end of last season because in a number of games they were free-scoring.

“They look fantastic in attack but they conceded silly goals in big moments. The Arsenal game is a prime example.

“Tarkowski would be a great signing and I think the time has come for him to leave Burnley. He would be a stabilising force back there for West Ham.”